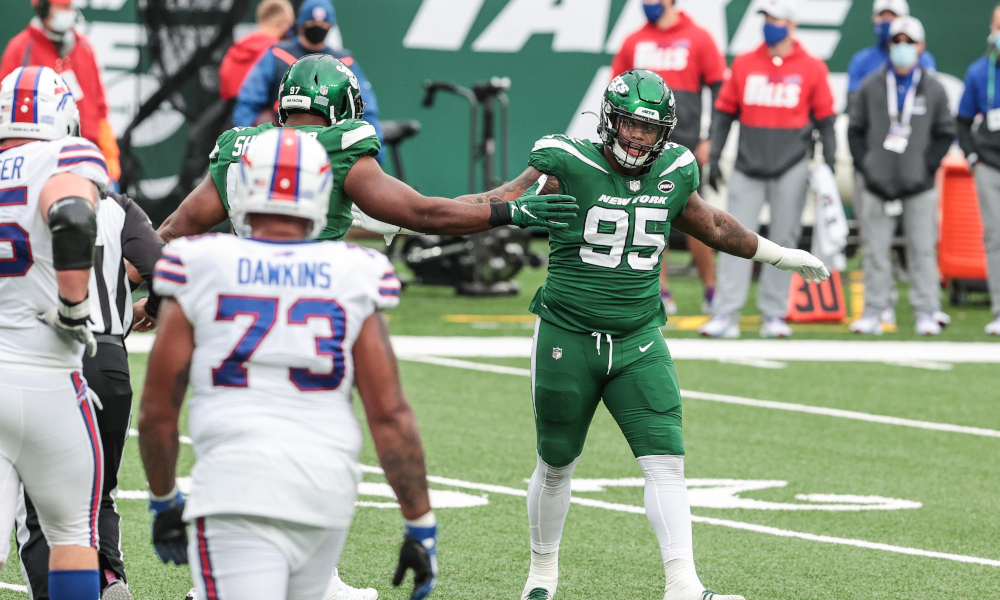 He did not make the playoffs in the National Football League, but Quinnen Williams had an exceptional season for the New York Jets.

As a former University of Alabama standout, the No. 3 overall pick in the 2019 NFL Draft dominated opposing quarterbacks and running backs in his fourth year in the league. He posted a career-high 12 sacks and 12 tackles for loss.

Williams led the Jets in sacks and shared the team in tackles for loss with his older brother, Quincy. Williams had 55 total tackles, four passes defended, two forced fumbles, a fumble recovery, and a blocked field goal. The 6-foot-3, 303-pounder is a superstar for the Jets, earning multiple individual awards. He got selected as the team’s most valuable player, named to his first Pro Bowl, made All-Pro First Team, and made All-NFL Team. The Pro Football Writers Associated awarded Williams the honor on defense.

New York picked up the fifth-year option on Williams’ contract, but he could play himself into a bigger deal.