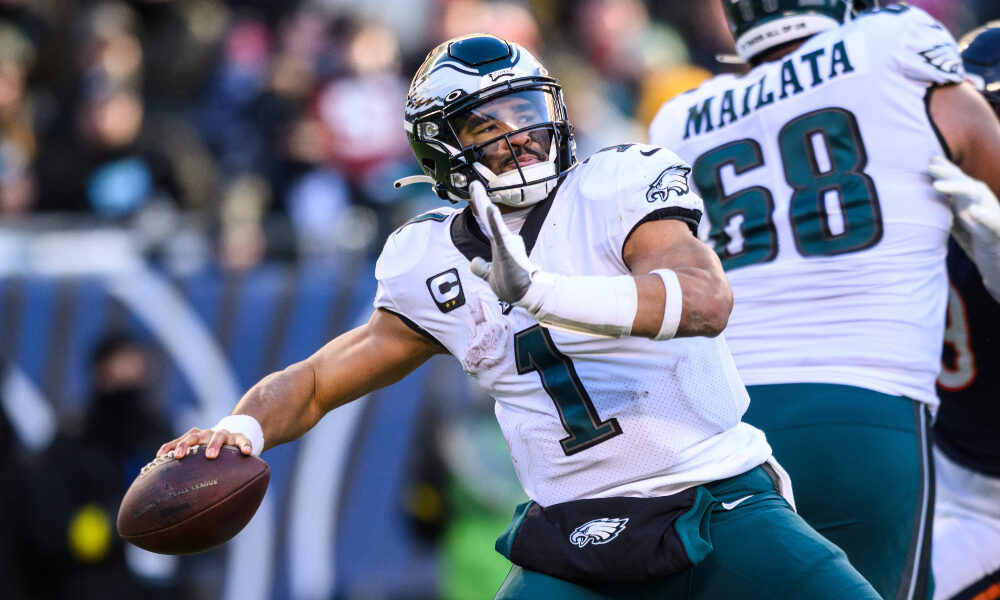 He has gone from doubted to superstar in the National Football League in two years.

Philadelphia knew it had an athletic leader in the second round of the 2020 NFL Draft, but Jalen Hurts’ growth to become a complete quarterback is a testament to his work ethic. People questioned his accuracy, ball placement, footwork, and mechanics as a passer. Some suggested he change positions, but the critics have started to eat their words. The 24-year-old has the Eagles in the NFC Championship Game against the San Francisco 49ers. Hurts is one marquee outing from a Super Bowl appearance.

According to several NFL reporters, the former Alabama quarterback is a finalist for the NFL’s Most Valuable Player and Associated Press Offensive Player of the Year awards. Hurts finished tenth in the league for passing yards (3,701) among quarterbacks during the regular season. He has 38 total touchdowns (14 rushing touchdowns) to six interceptions.

Jalen Hurts is officially a finalist for NFL MVP#Eagles

The 3 finalists for the NFL’s Offensive Player of the Year:

Final results announced on February 9th at the NFL Honors.

The final results for NFL MVP will be announced on Feb. 9 at the NFL Honors Ceremony.