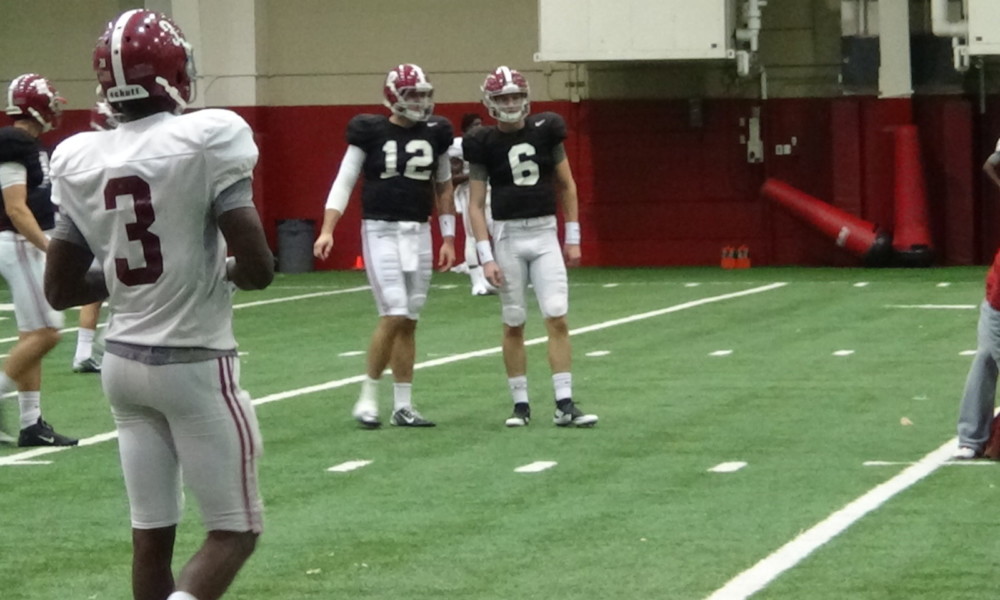 Weather conditions forced Alabama indoors Wednesday for its second game week practice in preparation for Charleston Southern. Conditions outside were cloudy and 60 degrees.

Yours truly of TDAM with all updates.

Coach Saban will have his final game week press conference at 6:00 p.m. CT inside the Mal Moore Athletic Facility.