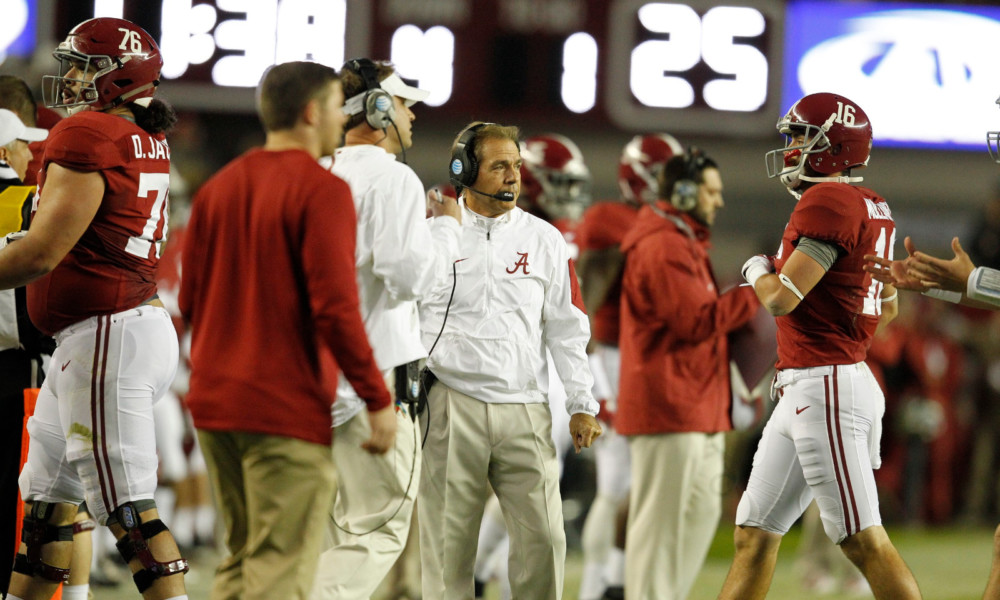 Alabama holds serve at No. 2 in the College Football Playoff rankings, according to ESPN.

The committee released its new installment of rankings Tuesday with two new programs cracking the top four, Oklahoma and Iowa. Both teams sit at No. 3 and No. 4, respectively.

A shake-up in the top four occurred last week after Michigan State dethroned Ohio State 17-14 at the HorseShoe in Columbus, Ohio. The Buckeyes dropped to No. 8 in the rankings, while Michigan State climbed to No. 5. Listed below is the new top 25 College Football Playoff rankings from ESPN.