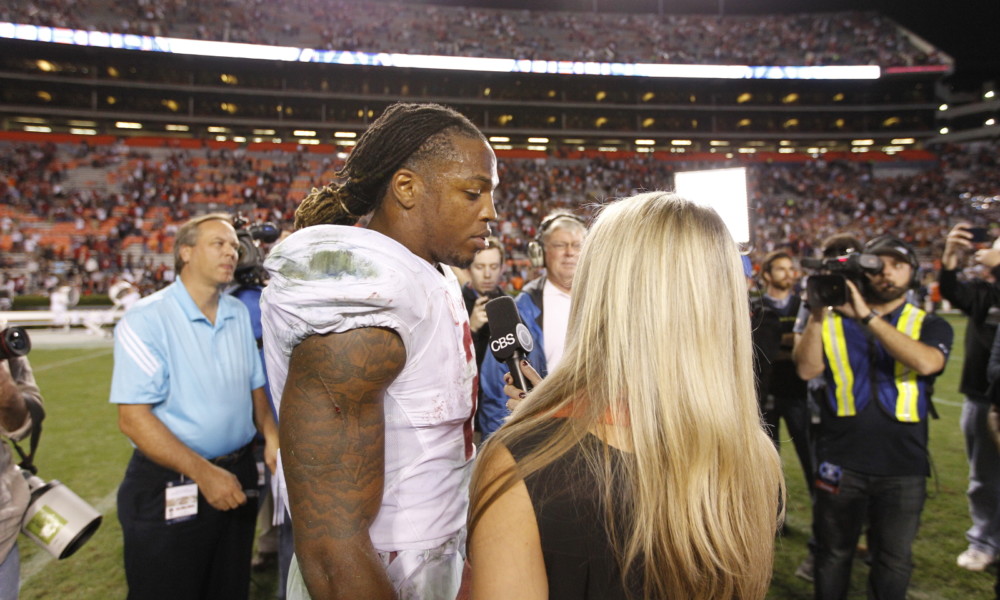 The Southeastern Conference shined its light on Alabama running back Derrick Henry and placekicker Adam Griffith Monday morning. Both players earned weekly honors for their performances last week in Alabama’s 29-13 victory over Auburn in the 80th Iron Bowl. Henry, a junior, put in a historic outing against the Tigers.

He totaled 271 rushing yards and a touchdown on a season-high 46 carries. Henry single-handedly outgained Auburn in rushing yards (90) and total yards (263). He surpassed Auburn legend Bo Jackson for most rushing yards in an Iron Bowl game. Jackson recorded 256 yards rushing in 1983. Henry’s performance against Auburn earned him his fourth 200-yard game this season, making him the first UA back and third SEC player to do this.

Henry is now Alabama’s season leader in rushing yards (1,797) and touchdowns (22), surpassing former Tide running back Trent Richardson. He has scored  a touchdown in 17 straight games.

Griffith, a junior, shredded every once of “Kick Six” drama last week.

He accounted for 17 points, while making all five of his field goal attempts. Three of Griffith’s five kicks were in excess of 40 yards, making him the first Alabama player to nail five field goals in an Iron Bowl. He is now tied with former kickers Leigh Tiffin and Jeremy Shelley for second all-time with five made kicks in a single game.

Griffith earns SEC Special Teams Player of the Week honors for only the second time this season.