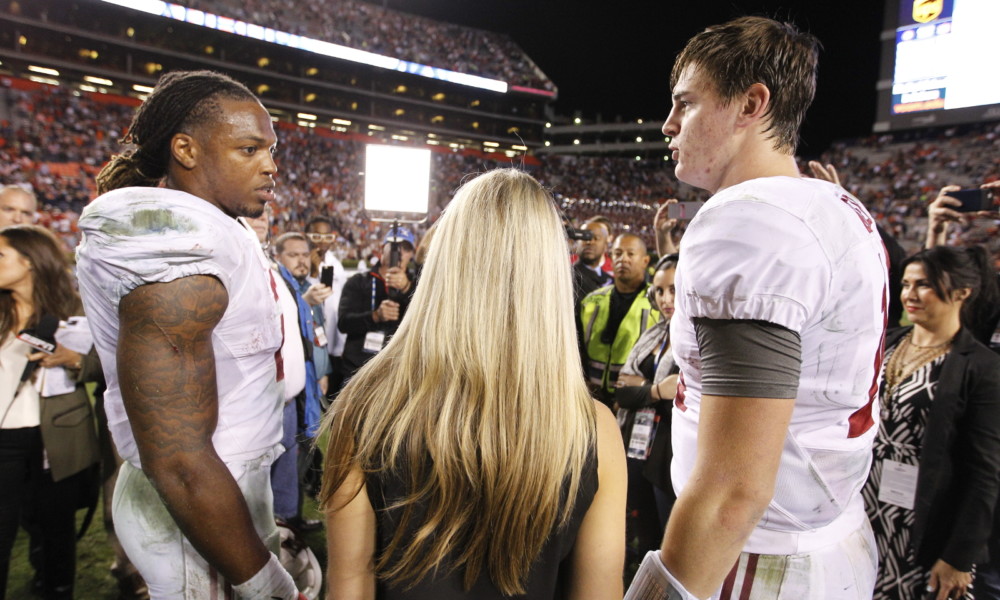 Conference championship games start this week, as the College Football Playoff committee sets more of the picture in motion. For Alabama, it remains at No. 2 in the rankings after defeating Auburn 29-13 last week.

Running back Derrick Henry totaled 271 yards rushing with a touchdown on a school-record 46 carries. Quarterback Jacob Coker completed 17 of 26 passes for 179 yards and a touchdown, while placekicker Adam Griffith nailed all five of his field goal attempts. Alabama will face Florida this week for an SEC championship.

Notre Dame’s 36-38 loss against Stanford last week opened up opportunities for Oklahoma, Iowa and Michigan State. The Sooners defeated Oklahoma State 58-23, securing the Big 12 title. Michigan State and Iowa will meet Saturday in the Big Ten Championship Game at Indianapolis. If one or multiple teams in the top four lose this week, it opens the door for Michigan State, Notre Dame, Ohio State, Stanford and even North Carolina to make a case. Listed below is the latest installment of College Football Playoff rankings, via ESPN.