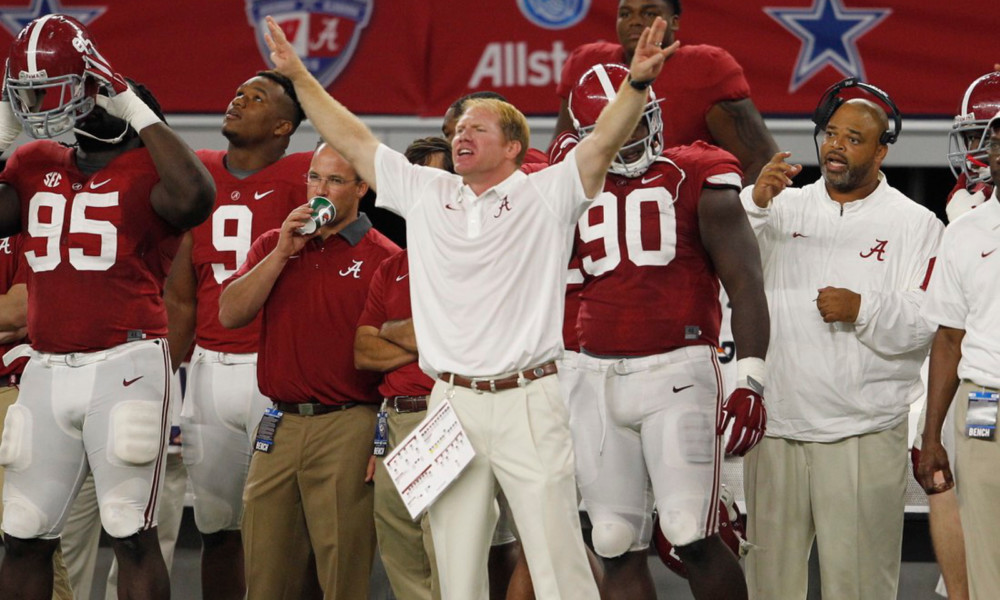 A head coaching opportunity has finally opened for Alabama defensive coordinator Kirby Smart and it is at his alma mater, University of Georgia. Rumors have spawn on and off about Smart taking a head coaching position for two to three years, but everything could come to a head as early as Sunday. Georgia will wait until after Saturday’s Southeastern Conference title game between Alabama and Florida to make its decision official, per Chip Towers of the Atlanta-Journal Constitution. Smart has been at Alabama as an assistant since 2008.

With Smart making a transition, the next question becomes who will join him?

According to the same publication, if Crimson Tide head coach Nick Saban gives Smart full permission to take staff members, Alabama’s strength and conditioning coach Scott Cochran is first to leave. Cochran has been on Saban’s staff for nine years, dating back to 2007.  His career started at Louisiana State University in 2001.

Smart has a lot of history in Georgia. He was a standout at defensive back from 1995-98 and graduated in 1999 with a degree in finance. His name in the Georgia community coupled with Cochran’s way of getting players in shape bodes well for the Bulldogs. Smart would be required to keep Georgia’s running back coach Thomas Brown and recruiting coordinator/wide receivers coach Bryan McClendon.

When a child shows it can face the world on its own, the mother then releases it from the nest. A head coach does this in the same manner, when his assistants prove to have exceptional work on a consistent basis. Alabama’s had a top 10 defense in all eight seasons under Smart, with this year’s group being of one the best.

Coach Saban has groomed the 39-year-old for this chance, and will more than likely have Mel Tucker emerge in Smart’s place. Reports are swirling that the Crimson Tide may return a familiar face in Georgia’s Jeremy Pruitt to defensive coordinator, but it has not been confirmed. A program has to have a coach that can win immediately, if it wants to compete with Alabama and Saban. Georgia believes that Smart is the right move.

A few Crimson Tide players, including safety Eddie Jackson and linebacker Reggie Ragland took to Twitter to express their feelings. Freshman wide receiver Calvin Ridley did too, but his post was later removed.

My mindset is in the right place.

Regardless of what happens, Alabama still has a season left to play.

A win over Florida secures its 25th conference title and fourth under Saban. A victory also propels the Tide into the College Football Playoff with a chance at its 16th national championship in program history.