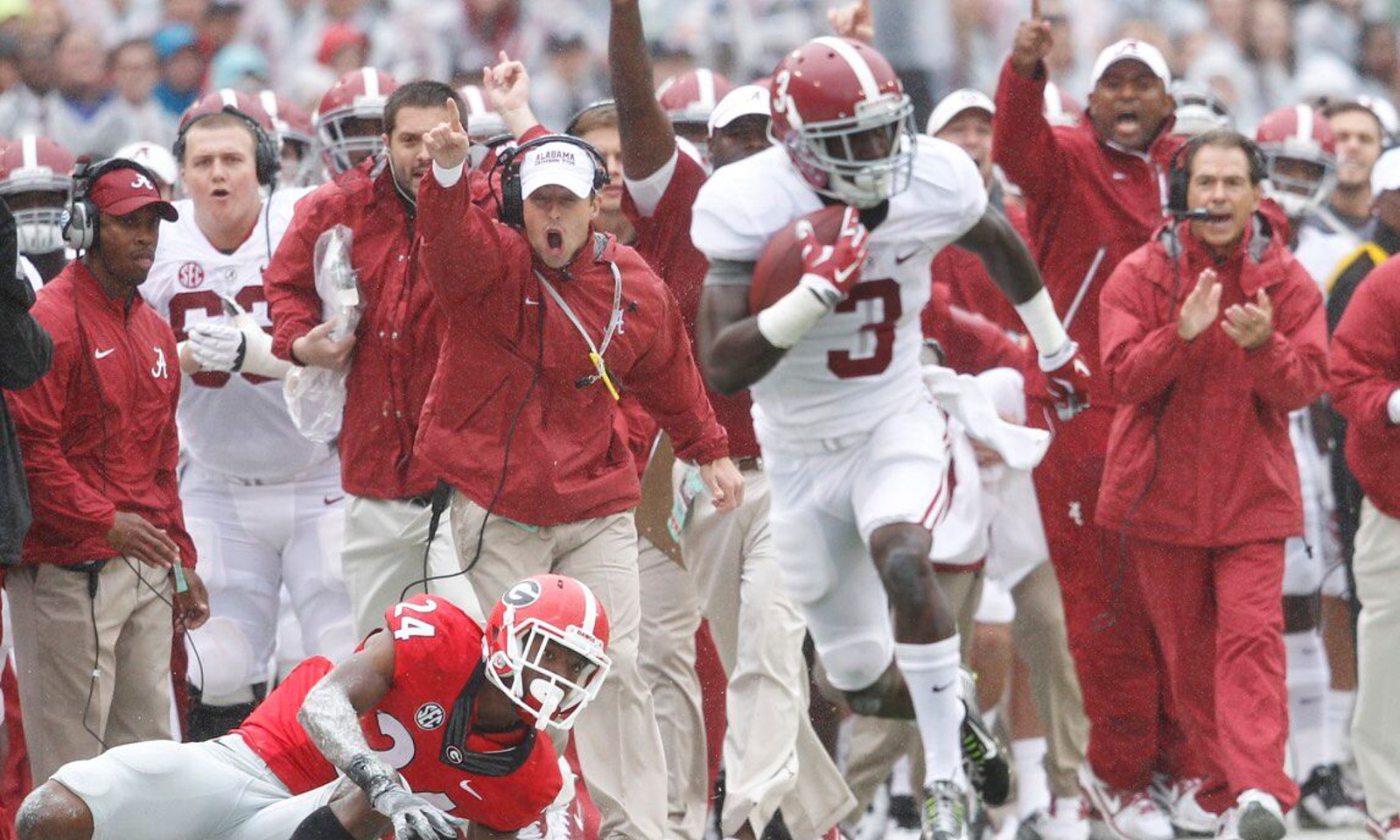 The victors get the spoils, and Sporting News validated this for Alabama Wednesday naming three Crimson Tide players to its All-Freshman team. Wide out Calvin Ridley, cornerback Minkah Fitzpatrick and left guard Ross Pierschbacher all made the list.

Ridley, 6-foot, 188 pounds, has been electrifying this season.

The freshman and Florida native leads the team in receiving with 75 catches for 893 yards and five touchdowns.

He averages 5.8 receptions per game and 11.9 yards per catch. Ridley caught eight passes for 102 yards in Alabama’s 29-15 win over Florida in the Southeastern Conference title game.

Fitzpatrick, 6-foot-1, 195 pounds, has become a leader in the secondary.

He stands sixth on the team in tackles (41), with three coming for loss. The New Jersey (Old Bridge) native has registered two sacks and two interceptions returned for touchdowns. Fitzpatrick totaled 14 points against Texas A&M and blocked a punt for a score against Georgia.

A native of Cedar Falls, Iowa, Pierschbacher stands on an offensive line that has blocked for 34.1 points, 208.2 rushing yards and 422.5 total yards per game. He has recorded 26 knockdown blocks and had only two games where he finished under 84 percent grade wise. Pierschbacher guided running back Derrick Henry to 1,986 rushing yards with 23 scores.

These three will go to battle with Alabama against Michigan State in the Cotton Bowl on Dec. 31 in Dallas, Texas.