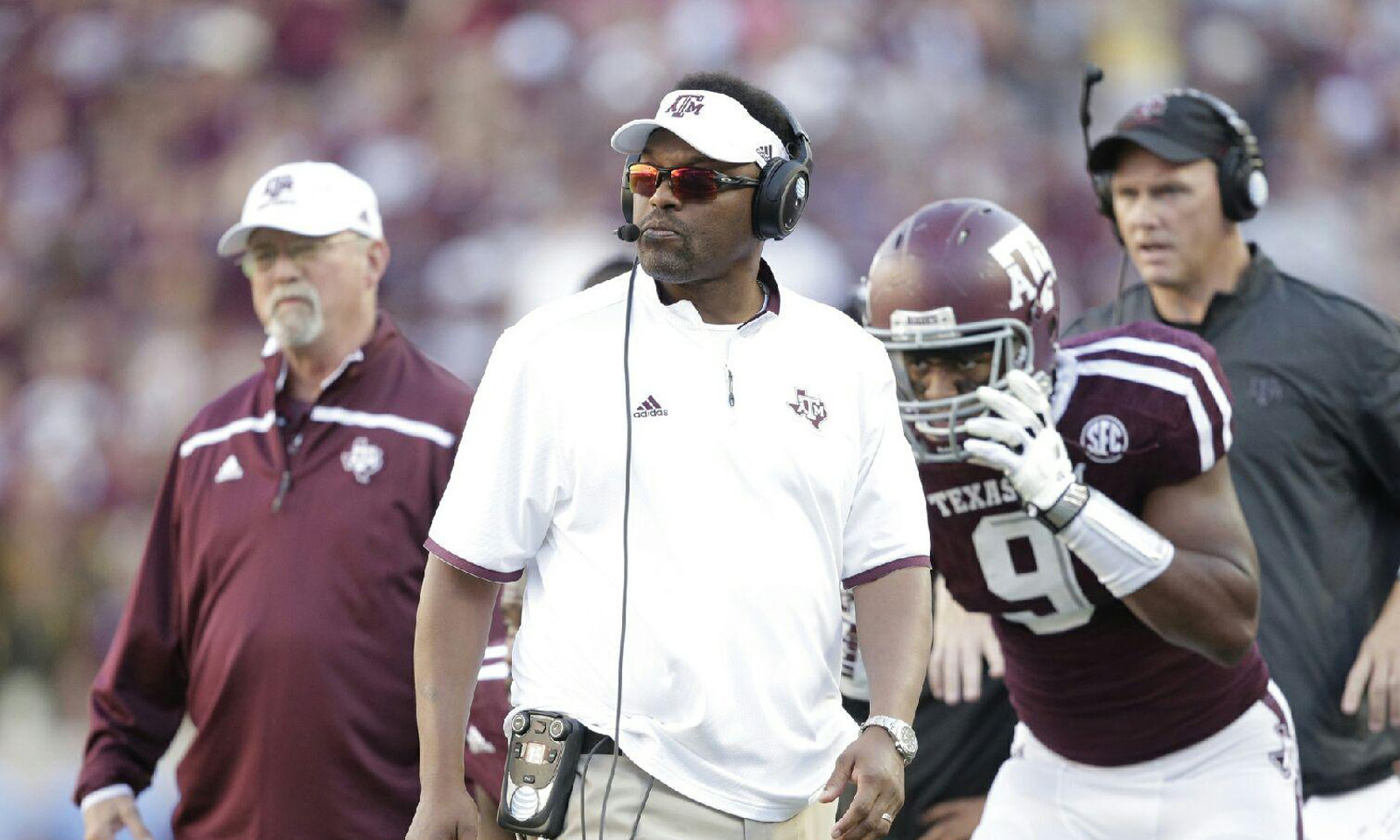 It was four years ago when Texas A&M head coach Kevin Sumlin got his first huge win in the Southeastern Conference, a 29-24 victory over Alabama at Bryant-Denny Stadium.

He produced a Heisman winner in redshirt freshman quarterback Johnny Manziel. Manziel stunned college football when he totaled 253 passing yards, 92 rushing yards and two touchdowns in the win over the Crimson Tide. The Aggies produced an 11-2 season, capped off by a 41-13 win over Oklahoma in the 2013 Cotton Bowl Classic. Sumlin longs for the magic to return now two years removed from Manziel.

Sumlin was hired in 2012 to brand and advance the program, after having success in three of four years at the University of Houston (2008-11). He has failed to capture a 10-win season since 2012, winning only eight regular season games this year and in 2014. Texas A&M has loss to Alabama three times since 2012, including a 41-23 defeat at Kyle Field this season.

Alabama’s success under head coach Nick Saban coupled with lofty expectations from its fan base has created pressure on other programs across the nation. Georgia cut its ties with 15-year head coach Mark Richt after not being able to win “marquee games” since 2005. Saban’s success almost led to the end of Les Miles at LSU, but the fans saved him.

Sumlin is now the latest to feel the heat at College Station, Texas after four seasons with a prolific offense, but no progress. Molding talented quarterbacks was one of Sumlin’s strong suits. He helped Drew Brees become a success at Purdue and guided Case Keenum to the National Football League out of Houston. He has had three exceptional quarterbacks since Manziel, but none have panned out the way Sumlin or Aggie Nation would have liked them too.

Kenny Hill was considered to be a big time star at quarterback in 2014. He started the year with an extraordinary performance against South Carolina. Hill threw for 511 yards with three touchdowns. Texas A&M routed South Carolina and head coach Steve Spurrier 52-28. The good times would not last long with Hill, as inconsistent play would sentence him to the bench for freshman Kyle Allen. Allen, who was a five-star prospect, finished the season with 16 touchdowns to seven interceptions. He led the Aggies to three wins in its last five games, including a 45-37 victory over West Virginia in the AutoZone Liberty Bowl. Allen totaled five touchdowns.

Hill would transfer TCU and in the following year, his fate would have effects on Allen.

When Hill was the starter, Allen was recruited to be the next face of Texas A&M. In the same manner, Allen got the nod this season while freshman Kyler Murray was projected to ascend.

Allen held his own to start the year, guiding Texas A&M to five straight wins. Problems occurred when Alabama came to College Station on Oct. 17. Allen was intercepted three times, with all three being returned for scores. Murray came off the bench to give the Aggies a spark, but Alabama defensive back Minkah Fitzpatrick victimized him as well. Texas A&M fell at home 41-23, and would lose three of its next six games. The constant flipping of Allen and Murray came to a head last week, as Allen declared via Twitter that he was transferring.

With Allen out, it was rightfully assumed that Murray would take the throne. A perfect assumption, until this week.

Reports and rumors swirled that Murray could follow Allen and leave also, causing Texas A&M to lose two five-star quarterbacks before the season ends. Sumlin and offensive coordinator Jake Spavital will do everything possible to keep Murray, but is he the one to carry this program?

Selling the “You are the face of our program” slogan to every freshman quarterback is not wise. Sumlin said the same song and dance to Kenny Hill, Kyle Allen and Kyler Murray and it has not worked. Rather than succeed, Sumlin’s blunder has probably caused division and chaos in the locker room.

For now, no one knows what will become of this quarterback situation but Sumlin will be on the hot seat next season.

The pressure of beating Alabama now falls on him.