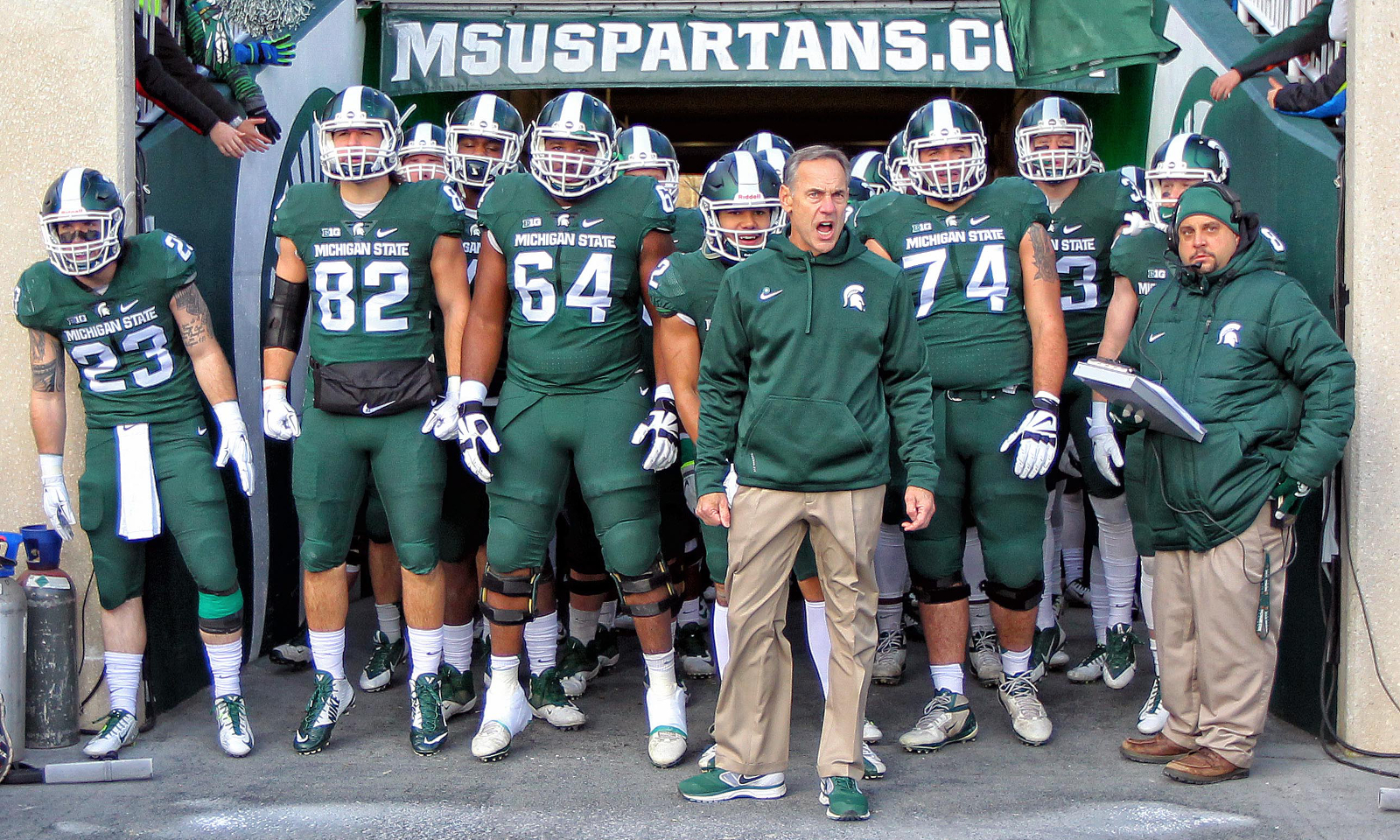 We begin our 2015 College Football Preview with a look at each team’s season schedules and how they compare to each other. There is a lot that goes in to a team’s schedule and it made it tough to rank these four teams. Do you go by which team has the most quality wins? What about the teams that have played their best football over the last four weeks of the season? Or maybe you go with the team that plays in the nation’s best conference?

For me, it is a big combination of those things that go into these four schedules. Each team has had an incredible season and are deserving of their spots in the final four, so let’s take a look at how they got here and who has had the most impressive road to the semifinals.

The Spartans were one of the slowest teams out of the gate this season. I was a doubter for a long time and it all started with the ugly win against Western Michigan on the Friday night of the first weekend of the season. They managed to pull off a great win against a top-10 Oregon team but that win quickly became almost irrelevant as the Ducks trailed off the national picture. The Spartans kept winning though, even if it was not pretty. One-possession wins over Purdue and Rutgers led them into Ann Arbor as an underdog even as a top-10 team. The miracle play happened, followed by a big win against Indiana, and suddenly people thought these Spartans could be the team of destiny. However, the trip to Nebraska was Sparty’s lone down fall of the season – a very controversial one at that – and they were back to being an overrated team. Their final three weeks of the season may have been the most impressive of any team in the country. They went on the road to Columbus to knock of the Buckeyes and take control of the Big Ten East. A big win against Penn State led them into the conference championship game where they knocked off another top-10 team, defeating Iowa with the help of a 22-play drive. When it is all said and done, they Spartans beat four teams this season that finished in the nation’s top 15 while playing in what is actually a pretty good Big Ten Conference.

I know, I know. If a team is undefeated, how do they not sit in first with the best schedule? Well when you play in the ACC, sometimes that “disrespect” is going to go your way. It is no fault of the Tigers but close games with Louisville, North Carolina State and even Syracuse were not impressive. Then to finish the regular season barely beating a South Carolina team that just lost to the Citadel made it even worse. Still, Dabo Swinney and Clemson have managed to fight through a college football schedule and are the lone undefeated team in the country. Even more so, they are the only team that has three wins against teams that finished the season in the committee’s top 10 – Notre Dame, Florida State, North Carolina. Past those wins, their next best win was against a 7-5 NC State team. This team has proved a lot this season but falls just short of Michigan State of the most impressive schedule.

How could an SEC schedule possibly rank behind that of teams that play in that slow Big Ten conference or that terrible thing they call the ACC? I know, it bothers me too. However, Alabama does not have much to show for what was supposed to be the nation’s toughest schedule. This season, the Crimson Tide have defeated seven ranked teams including three top ten teams. Of those seven schools, only two of them are still in the top 25. The road wins against then top-10 teams Georgia and Texas A&M look like simple wins at this point. LSU has dropped off the map and only bounced back into the rankings after beating the Aggies in the regular season finale. Still, this is the SEC and the wins that were not impressive at the time (Tennessee and Arkansas) may be the two best wins for this Alabama team. Lucky for the Tide, the team they loss to – Ole Miss – continued to have a good season and finished the season at 19 in the final rankings.

This team has had a tremendous run over the last three weeks of the season. Winning games on the road against two top-10 opponents in Baylor and Oklahoma State sandwiched around a close game against a good TCU team is what got this team into the final four. Throw in the win in Knoxville at the beginning of the season and this schedule competes with most of those in the nation. However, what continues to dig at the Sooners is that terrible loss to their hated rivals – the 5-7 Texas Longhorns. Oklahoma clearly bounced back from that loss with three wins by an average of 48 (FORTY EIGHT!) points. The wins at the end of the season was huge but it also would not hurt the Sooners chances if they were playing in a conference that had a championship game.