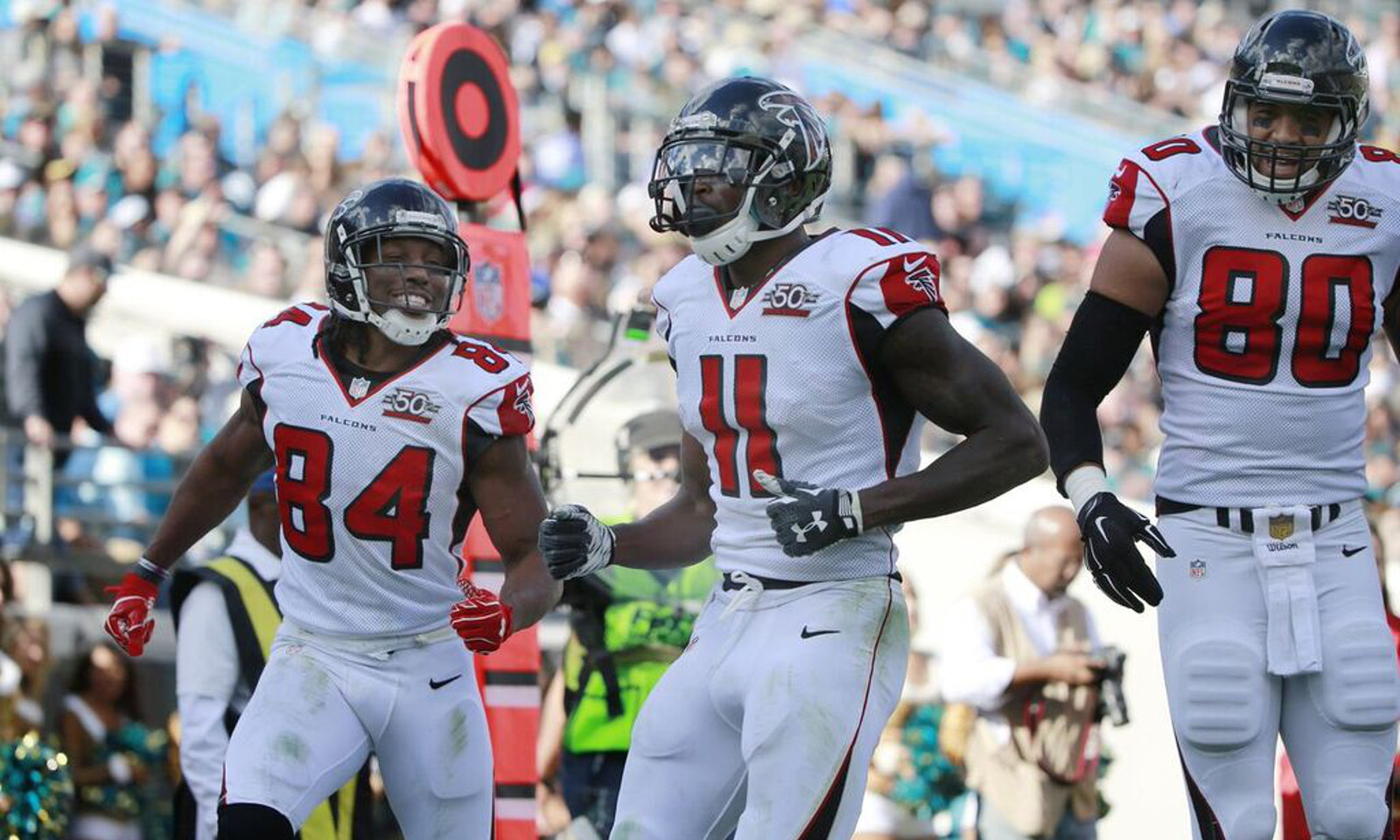 Atlanta Falcons wide receiver Julio Jones put the franchise back in the win column for the first time since Oct. 26, snapping a six-game losing streak. The former Alabama standout also set a franchise record for receptions in a single season (118), surpassing teammate Roddy White who caught 115 balls in 2010. Jones was a match-up nightmare for Jacksonville, giving quarterback Matt Ryan a steady target.

Big day for Julio Jones in the stat book and the record book. #ATLvsJAX pic.twitter.com/cdr7edhjOv

He caught nine passes for 118 yards, posting an average of 13.1 yards per reception. He recorded his seventh touchdown catch of the season, hauling in an 11-yard pass from Ryan in the second quarter. Jones’ outing against the Jaguars was his seventh 100-yard performance this year. Atlanta defeated Jacksonville 23-17 at EverBank Field, improving to 7-7.

Jones stands at 118 catches for 1,544 yards. Atlanta will try to dethrone the undefeated Carolina Panthers (14-0) next week.