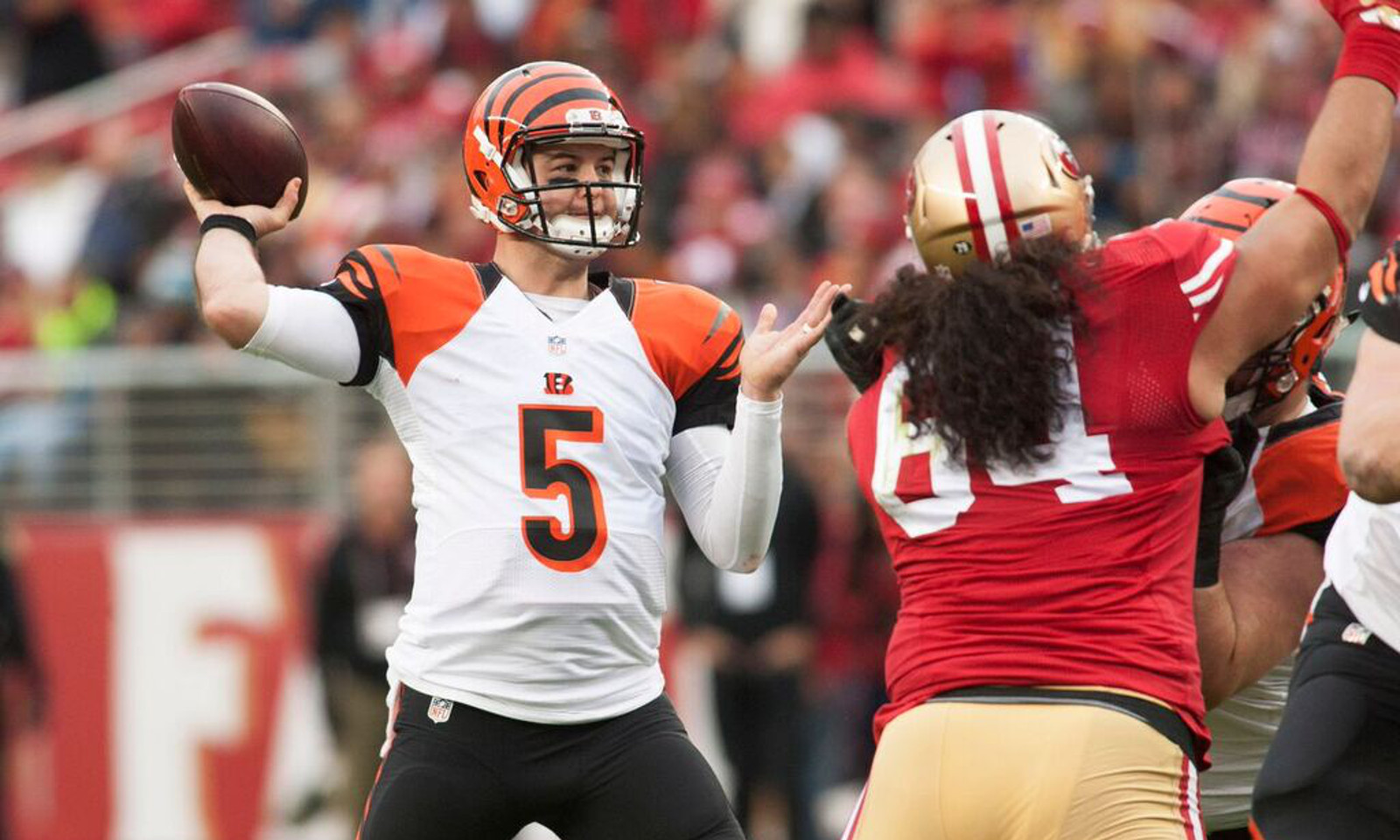 Alabama quarterbacks can win in the National Football League. Cincinnati Bengals signal-caller AJ McCarron shattered a stereotype and ended a 25-year drought Sunday, as he guided the Bengals to a 24-14 win over San Francisco.

He filled in admirably for Andy Dalton (thumb), completing 15 of 21 passes for 192 yards. McCarron recorded his third touchdown pass of the season in the second quarter on a 20-yard completion to tight end Tyler Kroft. Wide out Marvin Jones benefitted greatly from McCarron, collecting four receptions for 89 yards. Cincinnati’s offense struggled in the first quarter but McCarron got it moving with four scoring drives, including three touchdowns in the second quarter. He protected the football, and in return, the Bengals clinched a playoff spot for a fifth straight season.