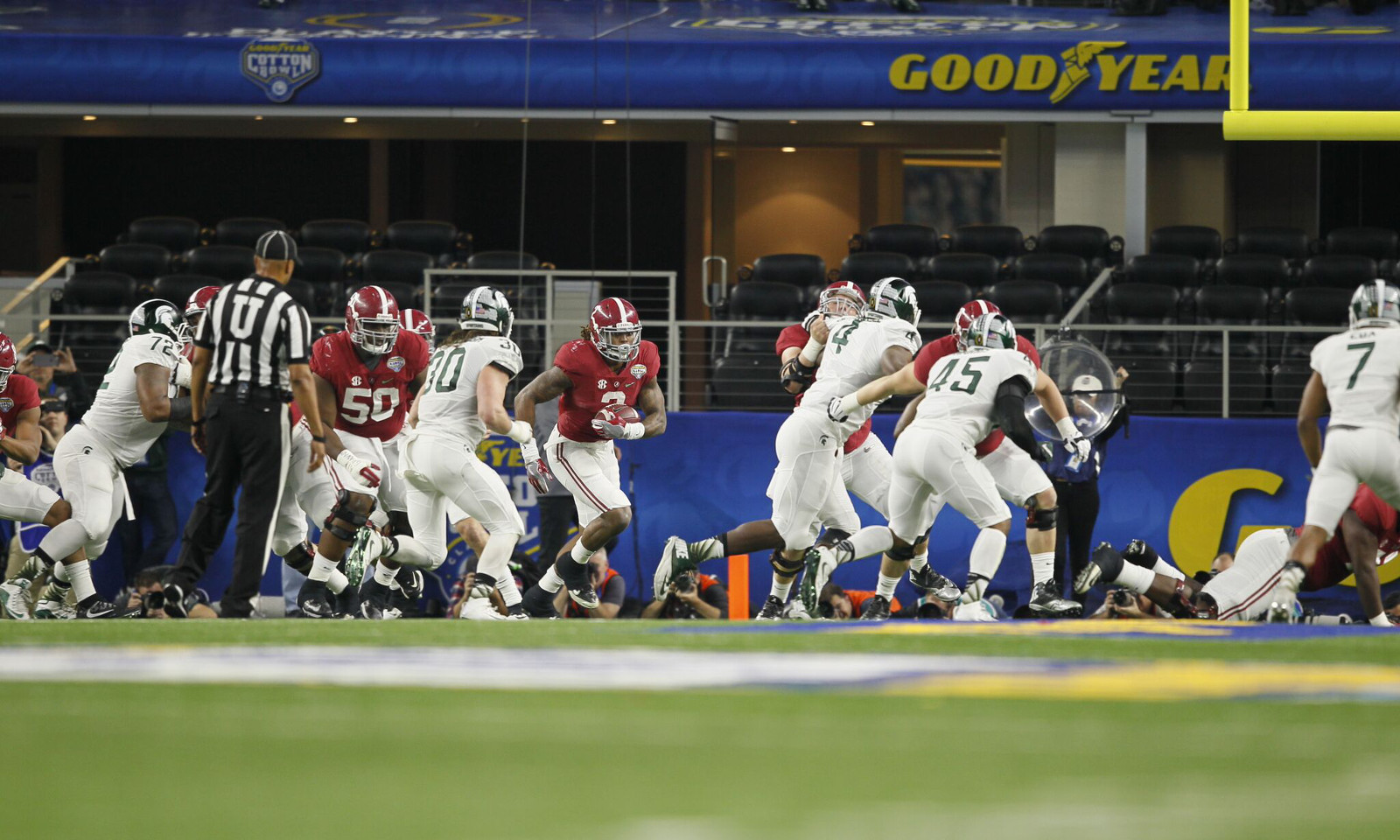 Alabama running back Derrick Henry is larger than life and the SEC Network is one of few media outlets that know.

Alabama's Derrick Henry is the first RB in SEC History with 2,000+ rush yards in a single season. #RollTide pic.twitter.com/1XwHFJATLR

He has set the bar high in the Southeastern Conference, becoming the first back to rush for 2,000 yards in a single season. He eclipsed the mark in Thursday’s Goodyear Cotton Bowl match-up against Michigan State at AT&T Stadium.

He was tied with former SEC players Tim Tebow and Tre Mason for most rushing touchdowns in a season (23).

Alabama emerged a winner over the Spartans and Henry’s two rushing scores put him at 25, giving him the record. He started the contest with a one-yard touchdown in the second quarter, and sealed the deal on an 11-yard score in the fourth quarter.

His second touchdown gave a perfect description of Alabama’s dominance and Michigan State’s frustration. He starts running to left, but then uses his vision and cuts back to the right. Henry then throws a stiff arm on Spartans’ defensive lineman Shilique Calhoun and proceeds to score a touchdown.

Henry has collected many national award this season, including Doak Walker, Walter Camp and a Heisman Trophy but he is not done yet. Alabama stands one game away from its 16th national championship in school history.

It shutout Michigan State 38-0 and will face No. 1 Clemson on Jan. 11 at University of Phoenix Stadium (Glendale, Ariz.) to battle for the College Football Playoff trophy.