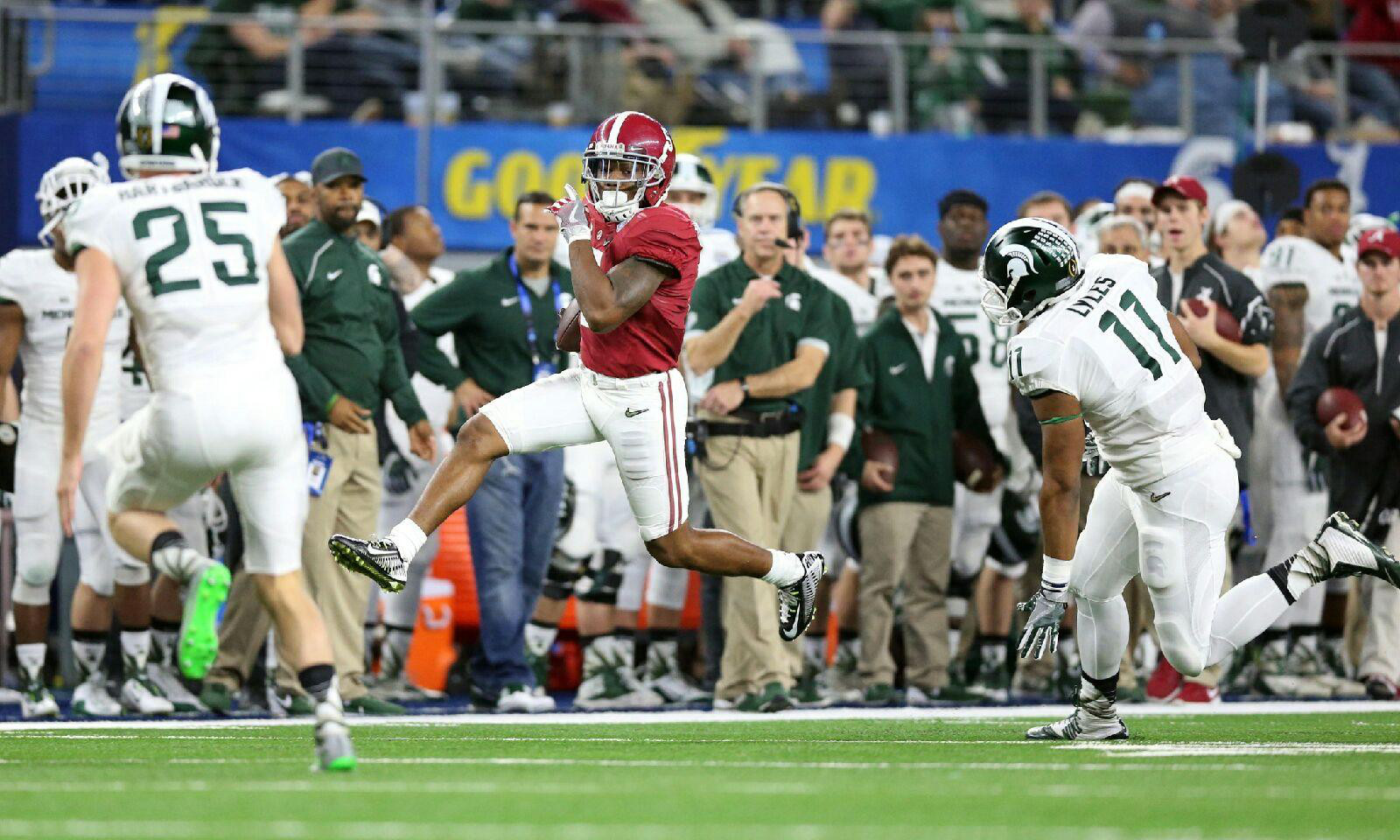 He has gone from a liability to a seasoned veteran in the Southeastern Conference. Alabama cornerback Cyrus Jones did something Thursday that had not been accomplished by a FBS (division one) player in 20 years, record an interception and a punt return touchdown in the same bowl game.

The Spartans crossed into Alabama’s territory with an opportunity to cut its lead to 10-7 before halftime.

Cook was fitting passes into tight windows, until he reached the red zone. He targeted wide receiver Aaron Burbridge on the one-yard line, but Jones read his eyes throughout the play.

He broke on the route, intercepted the ball and returned it 22 yards. Alabama remained with a 10-0 advantage going into halftime. Jones’ efforts stung Michigan State, as it was held scoreless throughout the contest. He decided to help the Crimson Tide’s cause on offense in returning a 57-yard punt for a touchdown in the third quarter.

His eyes set up the blocking lanes, while Jones’ nifty footwork took him to the end zone. The senior came into the Cotton Bowl with three touchdowns on special teams, but none were more important than his contribution against the Spartans. Alabama would take a 24-0 lead and ended up winning 38-0.

Jones and the Tide are Goodyear Cotton Bowl Champions. It will face No. 1 Clemson at University of Phoenix Stadium (Glendale, Ariz.) on Jan. 11 for a national championship.