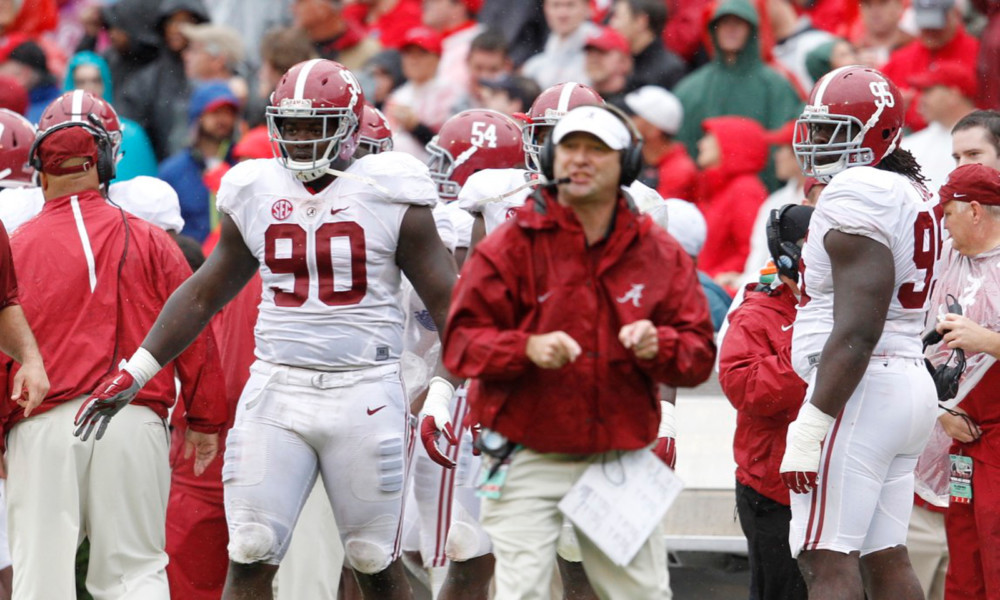 The 40-year-old took the podium during Wednesday’s press conference and shared his thoughts about this year’s team.

He said “it has been a fun group to coach and the love that the players have for one another makes it unique.” Trying to hold back tears, Smart dove into game planning for Clemson’s offense headlined by Heisman finalist Deshaun Watson.

Crimson Tide signal callers Blake Barnett and Jalen Hurts (early enrollee) have both given the defense great looks on scout team, but it is difficult to simulate Clemson’s tempo.

All three individuals frustrated Alabama’s defense in doing enough throwing and running to keep it off balance.

Tigers’ offensive coordinator Chad Morris has a lot of designed runs for Watson, in the same way Auburn did for Newton and Marshall and Texas A&M had for Manziel.

Smart wanted Watson badly for Alabama and said the program “thought highly of him.”

The 6-foot-2, 205-pound sophomore has totaled 3,699 passing yards, 1,032 rushing yards and 43 touchdowns this season. Watson does have 12 interceptions, with most coming against quality defenses. Alabama will continue with practice Thursday, and then travel to Arizona on Friday.

It battles Clemson next week for an opportunity at its 16th national championship in school history.