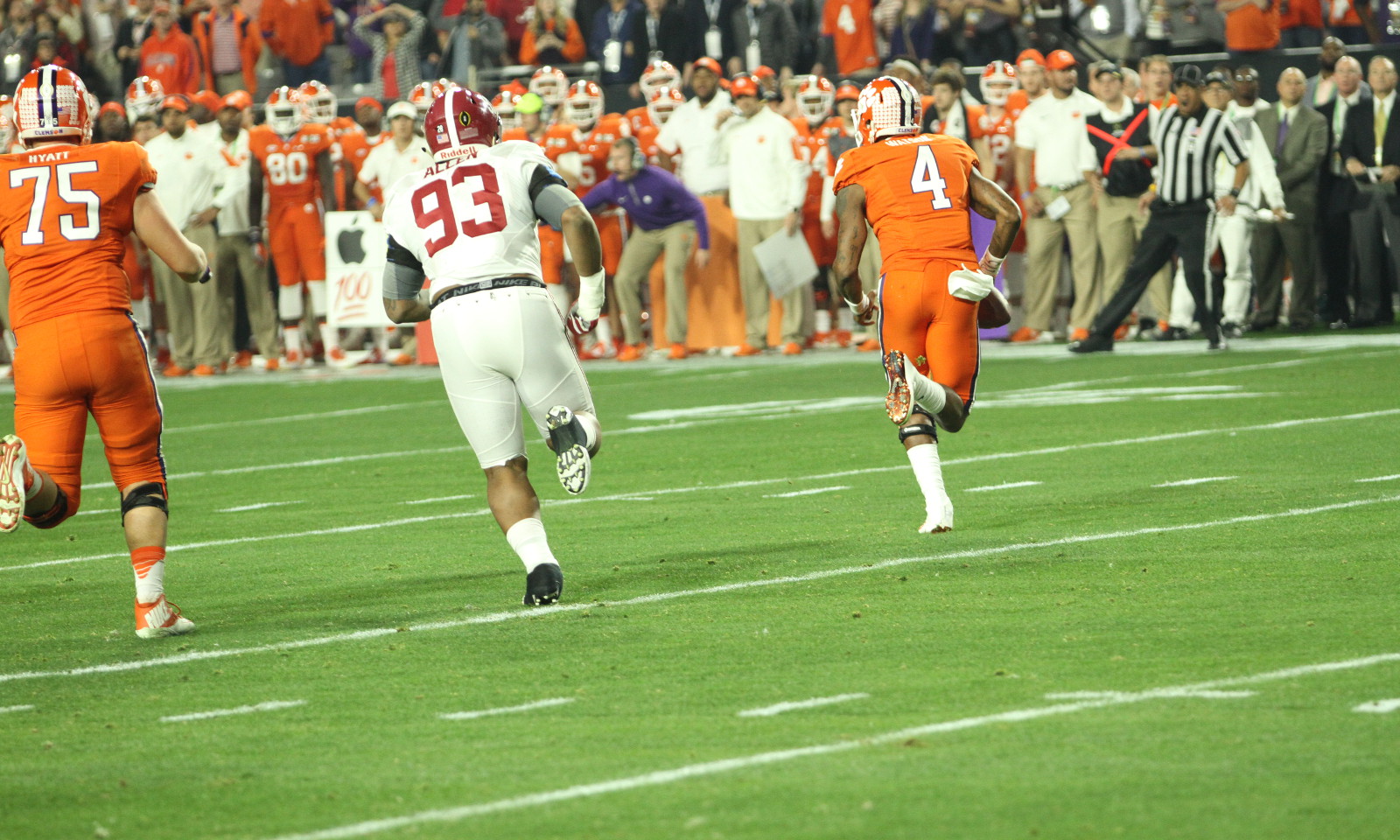 A few days after capturing his fourth national title at Alabama, Saban talked Tim Williams, Ryan Anderson and Jonathan Allen all into returning in 2016 for their senior seasons.

Williams, a native of Baton Rouge, La., was given a late first-to-early second round draft grade. Allen, a defensive end, was projected as the fifth best defensive lineman in the draft.

Coming back to school another year.. Still a lot of stuff I want to accomplish #roadto17

Let the hunt for 17 begin #WonAsOne

Coming back to play with my brothers. We can win this thing again baby!! RTR.

The trio combined for 28.5 of Alabama’s 52 sacks. Allen led the bunch with 12 sacks, while Williams fell second at 10.5. Anderson doubled his output from 2014, bringing in six sacks.

Saban and the Crimson Tide will lose A’Shawn Robinson, Reggie Ragland, Jarran Reed and D.J. Pettway to the NFL Draft, yet the return of Allen, Anderson and Williams should provide its defense with much stability.