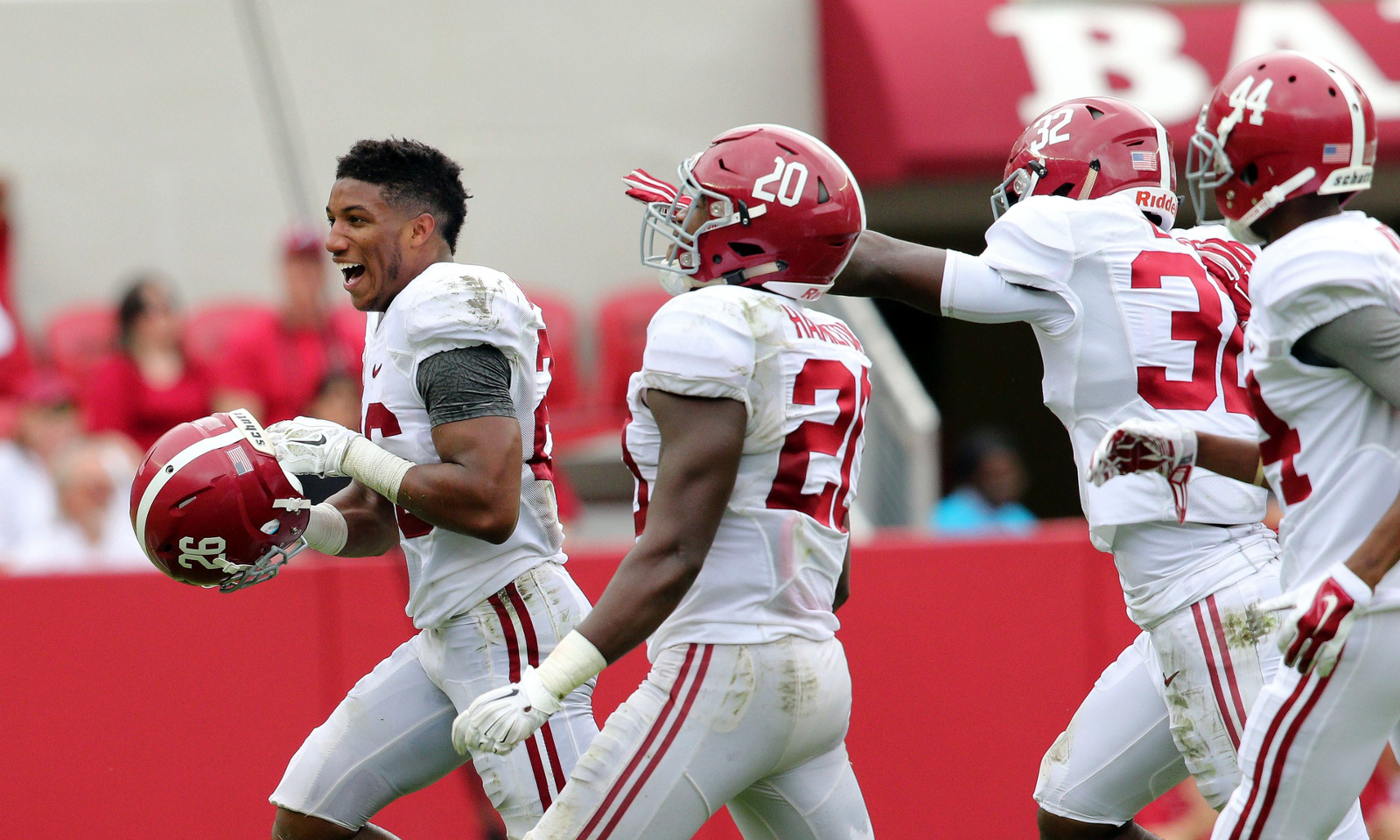 Defending a quarterback like Clemson’s Deshaun Watson can take a lot out of someone.

The former five-star recruit emerged as a redshirt freshman with 45 total tackles in 15 games this season. He recorded eight pass breakups and three interceptions (second on team).

According to John Talty of AL.com, Humphrey sustained a toe injury in the Crimson Tide’s 45-40 win over the Tigers on Jan. 11. Alabama head coach Nick Saban updated the media Wednesday on his status. “It is not surgical,” Saban said per Talty. “He’ll [Humphrey] be in a cast for a couple of weeks and then they’ll rediagnose and see what he can do from there.”

Humphrey is one of three players that participate in two sports. He was a member of a productive 4×400 relay team last season for Alabama’s track and field group.