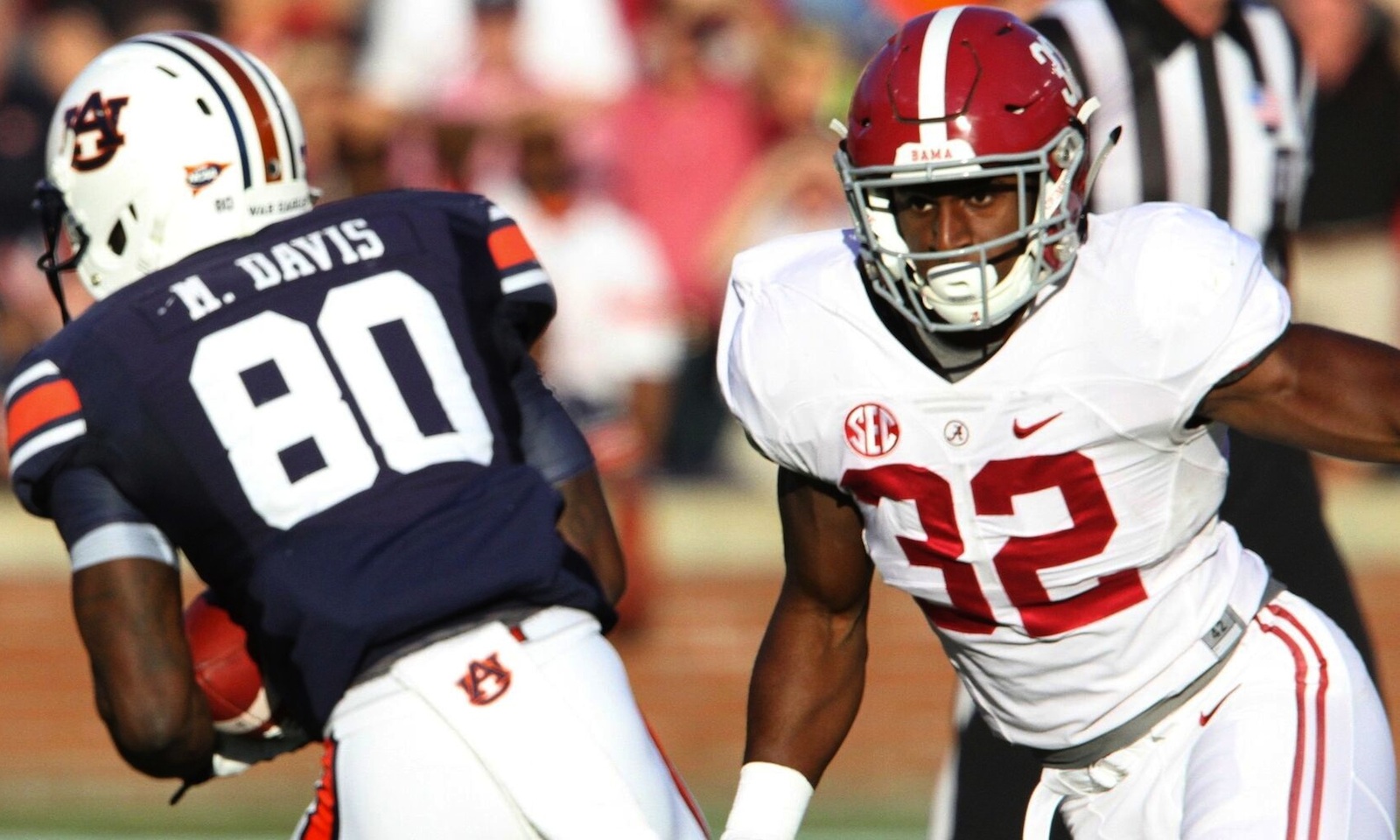 The rising junior put in a good sophomore season, collecting 10 tackles, four tackles for loss and four sacks. He recorded the Crimson Tide’s lone two sacks against Clemson in its 45-40 victory in the College Football Playoff national title game.

With Reggie Ragland and Dillon Lee departing to the National Football League, Alabama is locating players that can line up at either inside or outside ‘backer.’

Evans, a graduate of Auburn (Ala.) High School, was seen training under defensive coordinator and inside linebackers coach Jeremy Pruitt during the team’s first two practices.

The 6-foot-3, 225-pound linebacker was recruited for his explosiveness as an edge rusher, yet Crimson Tide coach Nick Saban said the team “is looking to where he can develop to have an every down position the best.”

“We do a lot of experimenting in the spring,” Saban said in Monday’s press conference. “We want to know who can do what, so that we’ll know how to put the pieces together in the fall. We move guys around and play them at different positions and we will do a lot of that.”

Saban mentioned that he is “impressed” with what Evans has been able to do so far.

“He is naturally instinctive at it, so it’s just going to be a matter of him learning the position and being a linebacker, I don’t think that it will be something overly difficult for him,” Saban said.

Evans, like Reuben Foster, was a five-star prospect upon coming to Alabama in 2014. He was one of the nation’s top outside linebackers and despite being experimented this spring, Saban still intends to use him some as a pass rusher.