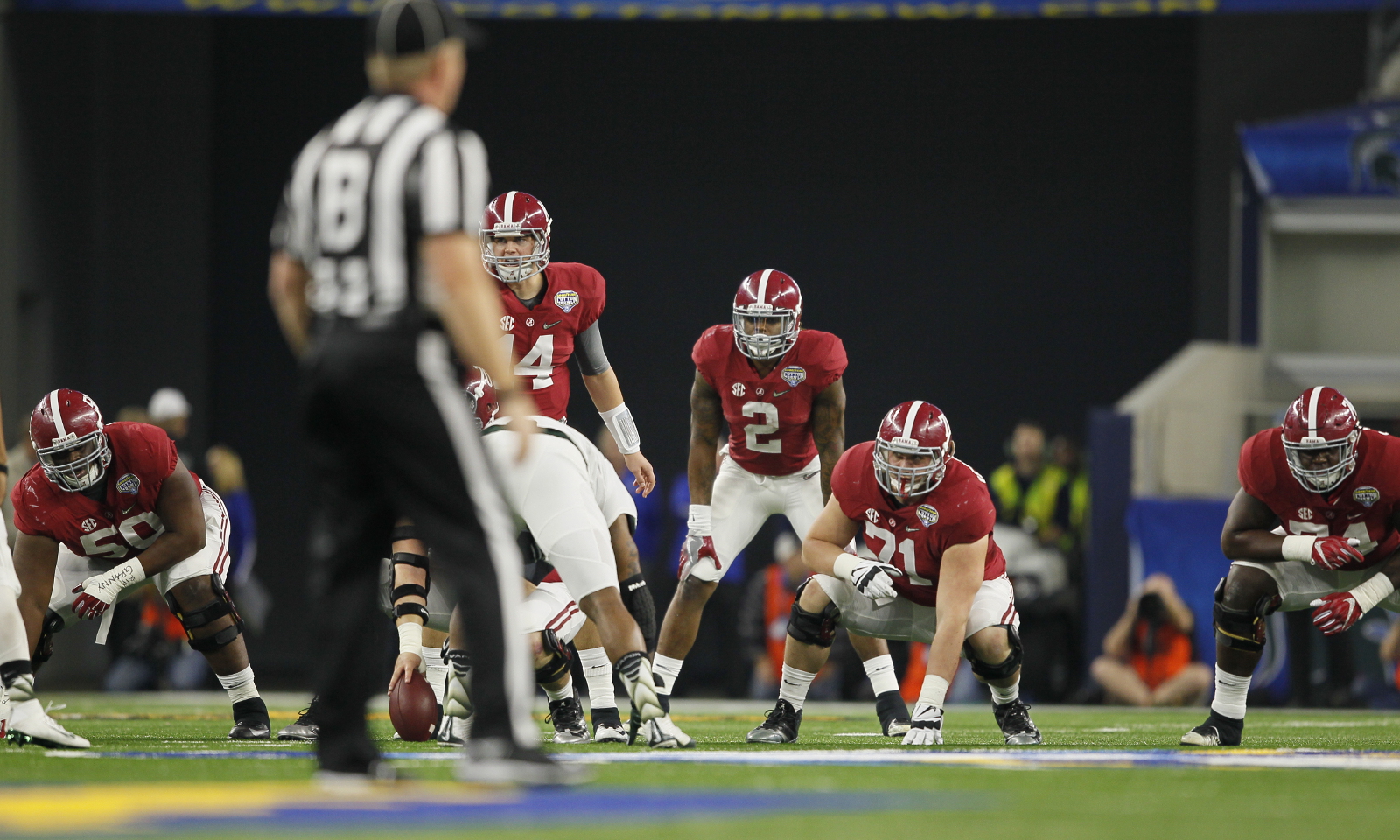 Center is the most important position on an offensive line and per Alabama coach Nick Saban, the Crimson Tide “lost a great player at that position” in former standout Ryan Kelly.

Nothing is set in stone when it comes to spring practice; however, Alabama is finding ways to develop someone to anchor the middle of its offensive front. Sophomore left guard Ross Pierschbacher was seen taking reps at center on what appeared to be the first-team offense during two days of practice.

Despite Saban complimenting Pierschbacher at Monday’s press conference, the team has yet to put on pads.

He said the center is very important when it comes to zone blocking, man blocking and gap blocking assignments.

“What our center does for us that makes him even more important is the he’s the leader of the front in terms of making calls,” Saban said.

“He points out the Mike [linebacker] which tells everybody who they should block and who they are working up to, especially when we are zone blocking. It is a critical position for a guy that handles the ball on every snap and develops confidence with the quarterback.”

The ability to reach and play with power are two aspects that Saban is looking for in locating Alabama’s center in spring practice as well as in the fall.