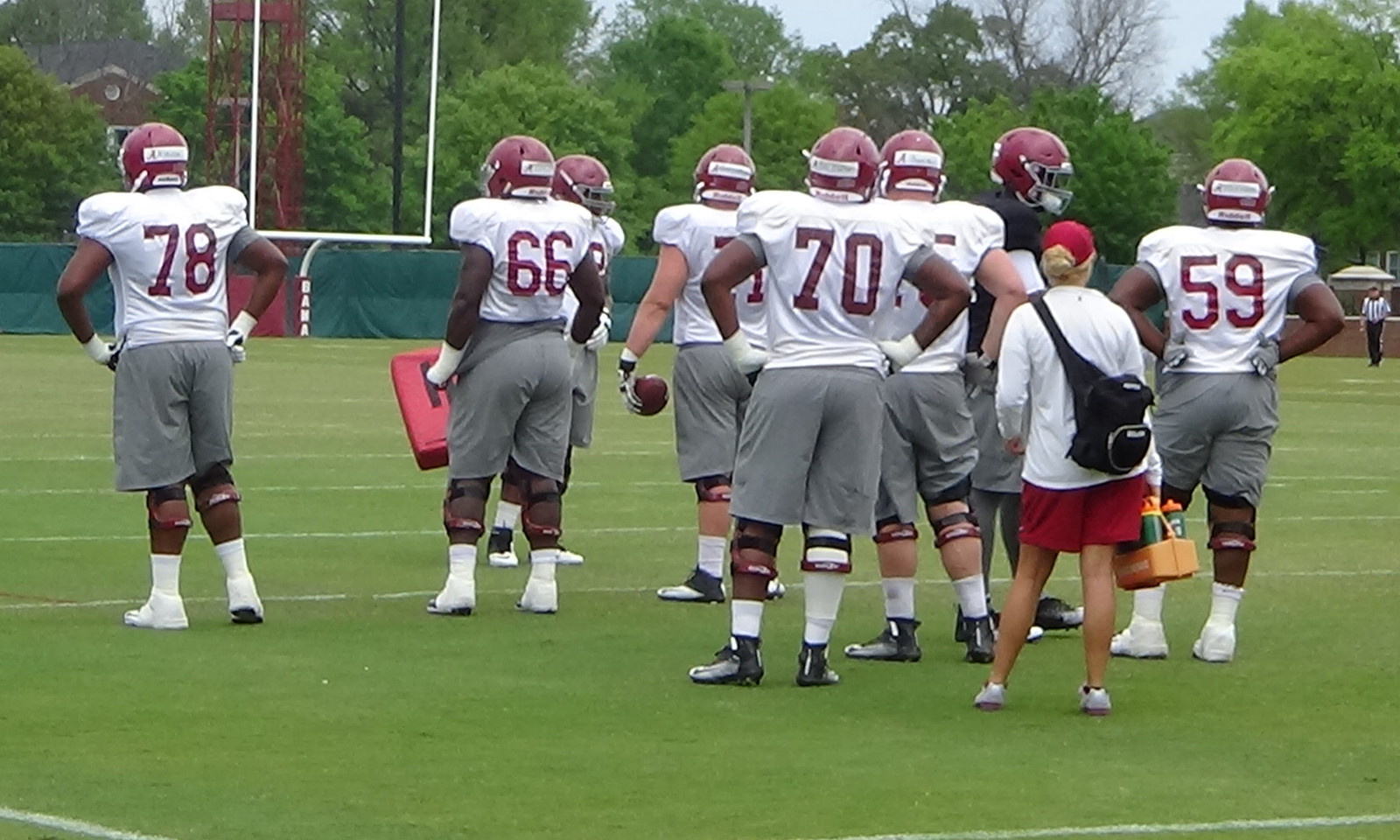 It’s a group that is consistently being shuffled, yet it has potential to be solid next season.

Alabama faces a daunting task of replacing Ryan Kelly and Dominick Jackson on its offensive line. Kelly, the 2015 Remington Trophy winner, was a three-year starter at center.

He blocked for Heisman-winning running back Derrick Henry, who totaled 2,219 yards and 28 touchdowns last year.

Jackson, a junior college transfer, had some issues at right tackle but was a serviceable lineman nonetheless.

He was part of a group that won the inaugural Joe Moore Award, an honor presented to the nation’s best offensive line.

With spring practice coming to a close, the coaching staff has noticed two young players that could possibly start in the fall, Lester Cotton and Jonah Williams.

The 6-foot-4, 319-pound sophomore was a big name recruit in the 2015 cycle from Central High School, an institution that lies behind the University of Alabama. A former four-star prospect, Cotton recorded 223 pancake blocks during his senior year. He projects as a left tackle but according to Crimson Tide coach Nick Saban, Cotton can play at “either left or right guard.”

He was listed at No. 100 in ESPN’s 300 recruiting database, choosing Alabama over Arkansas, Auburn, Mississippi State, LSU and Vanderbilt. Saban said Cotton’s had a good spring.

“If I had to say he’s [Cotton] one of the top five linemen based on what he’s done in the spring, I would say yes,” Saban said after last week’s scrimmage. “Can I say where he will play, I don’t know for sure.”

Williams, a native of Folsom, Calif., has made progress at right tackle.

The 6-foot-5, 288-pound freshman is one of few January enrollees to catch the attention of a few older players.

He has gotten reps with the first-team unit all spring, including both scrimmages both right tackle. Williams led Folsom High School to a 16-0 record as a senior, prior to enrolling at Alabama in its 2016 recruiting class. He was rated a five-star prospect by 247 Sports and a four-star lineman, per ESPN.

He will don No. 73 next season, a jersey worn by former two-time All-American offensive linemen John Hannah.

Hannah, who played at Alabama from 1970-72, served a guard and tackle under legendary coach Paul W. “Bear” Bryant.

He was inducted into the College Football Hall of Fame in 1999. Bryant would later be quoted in saying “Hannah was the greatest linemen he’d ever coached.”

Both he and Cotton anticipate a chance to start in the fall. For Saban, the goal is getting the best five guys at each position on the field to create the best possible opportunity.

“I think we have more guys to coach that have more abilities,” Saban said. “Some of the younger guys are making progress. Jonah [Williams] has done a nice job. So, we will see how they continue to progress.”

Cotton and Williams will both participate in Alabama’s spring game Saturday at Bryant-Denny Stadium.