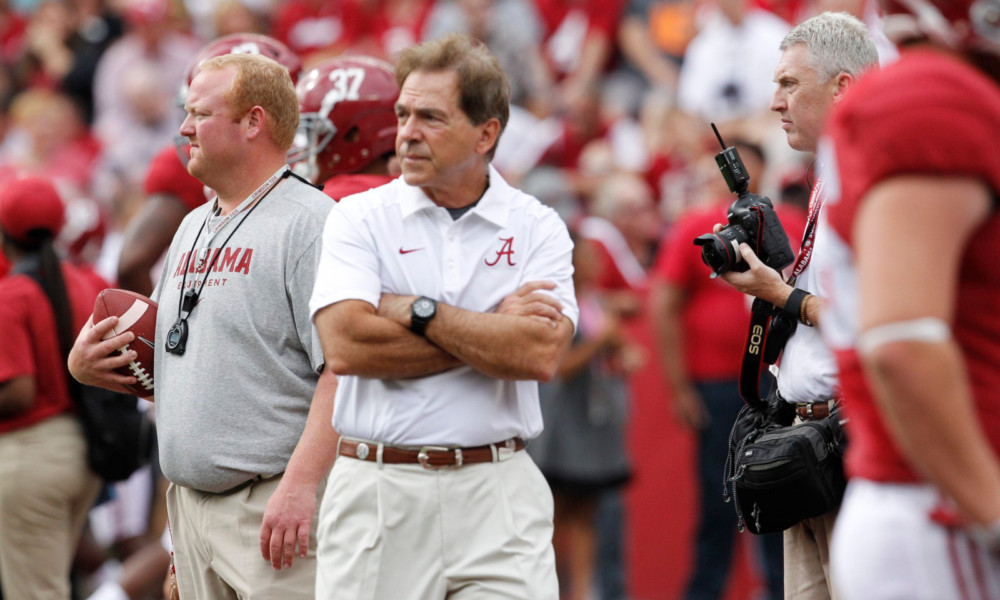 Another tough medical setback occurs to a talented player.

The 6-foot-2, 217-pound back will miss Saturday’s A-Day game, according to Matt Zenitz of AL.com.

Clark was a star athlete from Calera (Ala.) High School.

A former-four recruit, he played on both sides of the ball at quarterback and safety during his senior year in 2013.

His numbers were remarkable, totaling 2,500 yards and 35 touchdown on offense and 76 tackles, 12 tackles for loss, two interceptions and four forced fumbles on defense.

Clark spent time at both running back and safety during his freshman season in practice, until an Achilles injury sidelined him. He returned in 2015 with all intentions of earning field time. Clark saw action in three games, posting 20 yards rushing on five carries.

He entered spring practice third in position drills behind Damien Harris and Bo Scarbrough. Coach Nick Saban shared the production of three tailbacks after the second scrimmage, with Clark being one of them. He recorded 31 rushing yards on seven attempts, a respectable average of 4.4 yards per carry.