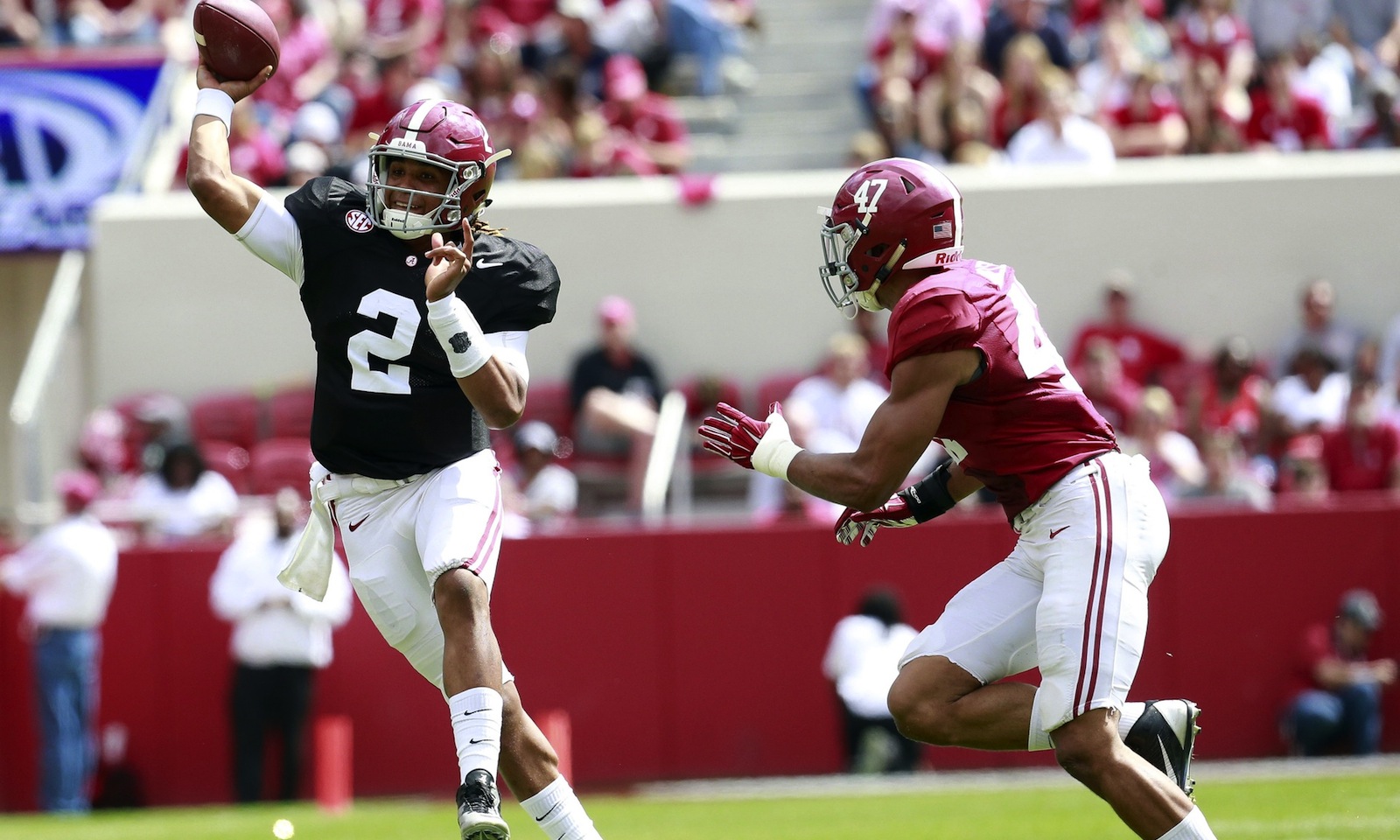 Alabama’s defense looks ready to alert the Southeastern Conference once again in returning defensive end Jonathan Allen, outside linebackers Ryan Anderson and Tim Williams and inside linebacker Reuben Foster, yet there are two more guys that Crimson Tide fans must become familiar with.

Christian Miller and Anfernee Jennings are two young linebackers that are starting to grow as pass rushers.

Both guys put on a clinic last week at A-Day, generating pressure on the quarterbacks and forcing negative plays.

A former five-star recruit, he was the main attraction at Spring Valley High School in Columbia, S.C. He collected 314 tackles, 38 sacks and four forced fumbles during his junior and senior seasons (2012-13). Miller was one of the nation’s top outside linebackers, upon enrolling at Alabama in 2014. He saw action in 12 games last season, after redshirting his freshman year.

The 6-foot-4, 230-pound linebacker was a little raw when he first got on campus, but has become more refined under the guidance of outside linebackers coach Tosh Lupoi.

Jennings, a sophomore, totaled six tackles, three tackles for loss and three sacks. He was rated a four-star prospect in 2015 from Dadeville (Ala.) High School. Jennings, 6-foot-3 and 268 pounds, came to Alabama as a weak-side defensive end, but he may end up more promising at linebacker. He did not record any stats last year, but like Miller, Jennings is growing under Lupoi.

Coach Nick Saban said “both guys have improved” during his press conference after the spring game.

“I know Christian [Miller] had a couple sacks today. He’s got some pass rush abilities,” Saban said. “Anfernee Jennings probably has improved as much as anybody over the course of this spring practice. But of course, he has the opportunity to because last year he was hurt.”

“He missed part of the season, so when he came back he was on the scout team. He was really starting at ground zero in terms of his knowledge of what his job was. He and Christian have really made a lot of progress.”

The Crimson Tide will return a healthy Jonathan Allen (shoulder) and Dakota Ball (foot) on defense in the fall, but with the progressions of Miller and Jennings it adds more confusion for opponents in its attempts to move the ball.