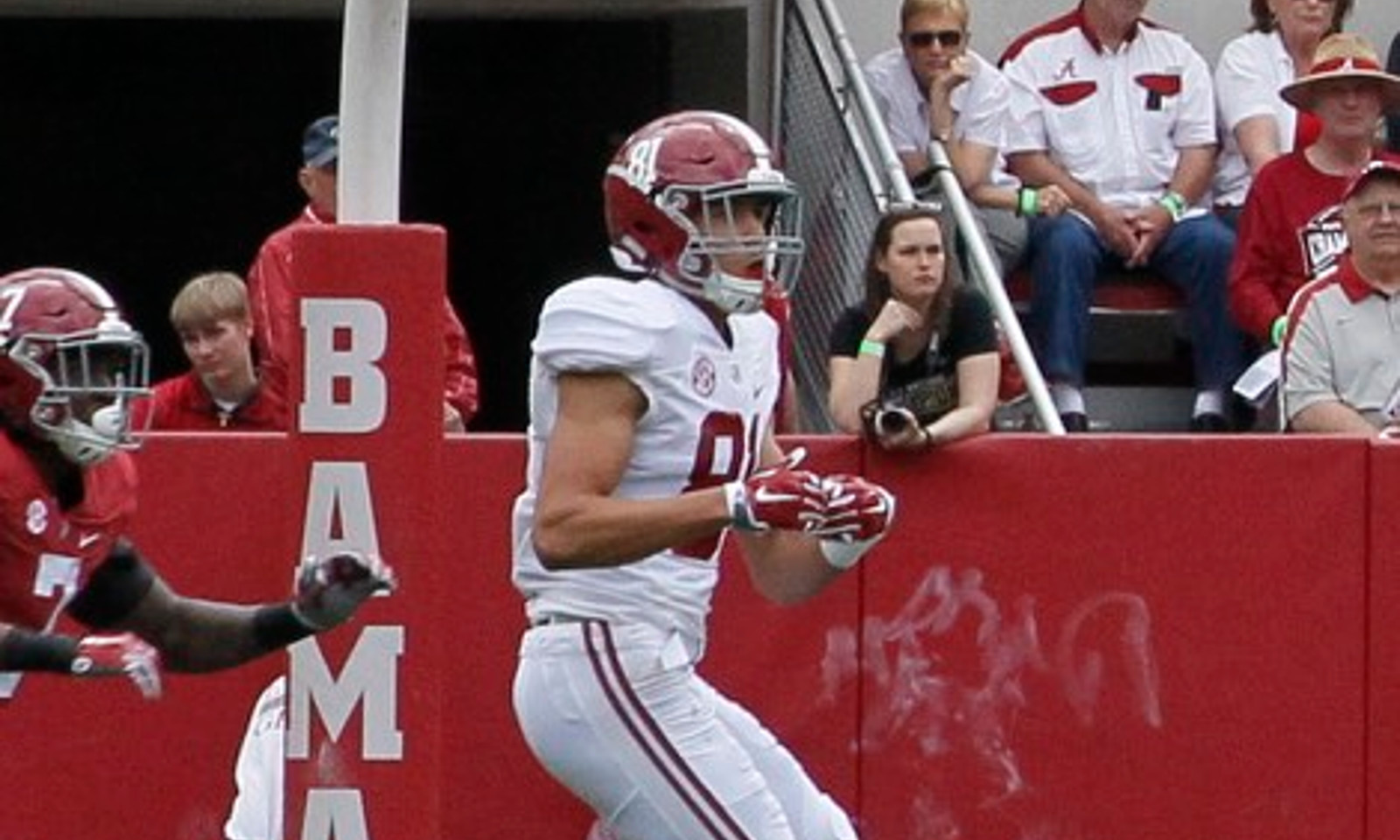 Redshirt sophomore Derek Kief found himself on the opposite end of a five-yard touchdown pass from freshman quarterback Jalen Hurts with 2:48 left in regulation.

His efforts capped off a drive lasting three-play for 52 yards to give team White a 7-3 victory over team Crimson. Kief captured the moment via Instagram.

Kief, a native of Cincinnati, Ohio, enrolled at Alabama in 2014 as a four-star prospect.

The 6-foot-4, 200-pound receiver played in nine games last season, including seeing time against Michigan State and Clemson in the College Football Playoff. He led all receivers in catches with five and finished second in yards (58). Coach Saban went as far as to call Kief a “crafty player” during spring practice. Wide receivers are plentiful on the Tide’s roster and with Kief continuing to improve, he has a chance to expand his role next season.