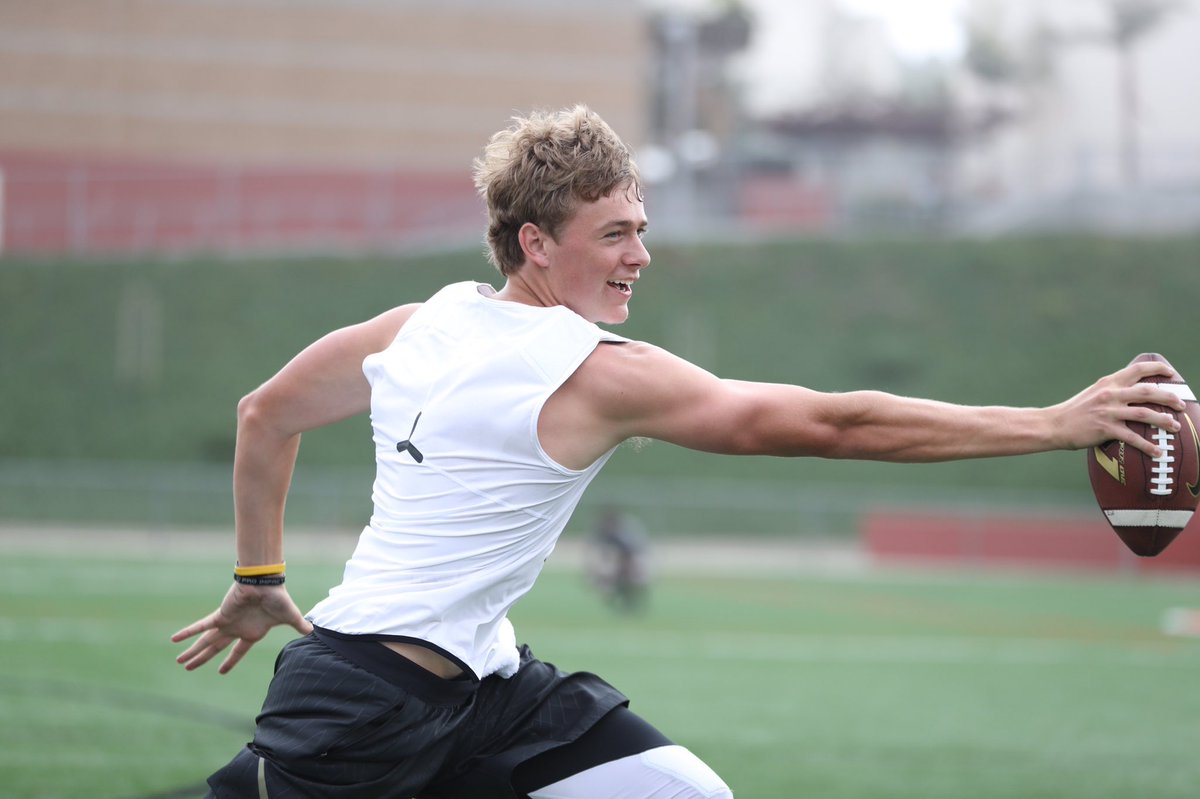 For nearly a year, the Kentucky Wildcats had their stud quarterback in Mac Jones, a 4-star pro-style quarterback out of The Bolles School in Jacksonville, FL. 22 more offers rolled in after Jones committed to the Wildcats last July, one of which was from Alabama on April 10. But even with the big offers coming in, earning his fourth star and an invite to the Elite 11 Finals, he stayed true to Big Blue Nation.

But on Tuesday night, in what was probably the most surprising commitment as of late, the 6’2″, 180 pound gunslinger flipped to the University of Alabama via his Twitter account becoming Alabama’s eleventh commit in the class.

Please respect my decision! I am 100% committed to the University Of Alabama! #RollTide #SEC pic.twitter.com/h92gsYhnBk

This commitment came during Jones’ visit to Tuscaloosa on Tuesday as he met with the coaching staff and his main recruiter, offensive line coach Brent Key who just joined the staff from UCF, which happened to be Jones’ first offer.

Many are questioning this flip as Jones likely would have been a 3 to 4 year starter for the Wildcats and now will likely have to compete for a spot with the likes of Blake Barnett, Jalen Hurts and Tua Tagovailoa and more but not many are complaining about having another QB in the future competition. The Tide had been teeter tottering with the idea of snagging a second quarterback in the class as many 2017 prospects have been solidly committed to their respective programs for a long period of time.

Was this a recruit being wowed by “Alabama being Alabama” or is this going to be a two quarterback class, unlike the last two classes? The rest of this recruiting process will be interesting as many will keep their eyes on whether or not the Tide can keep both of their quarterback commitments come National Signing Day.