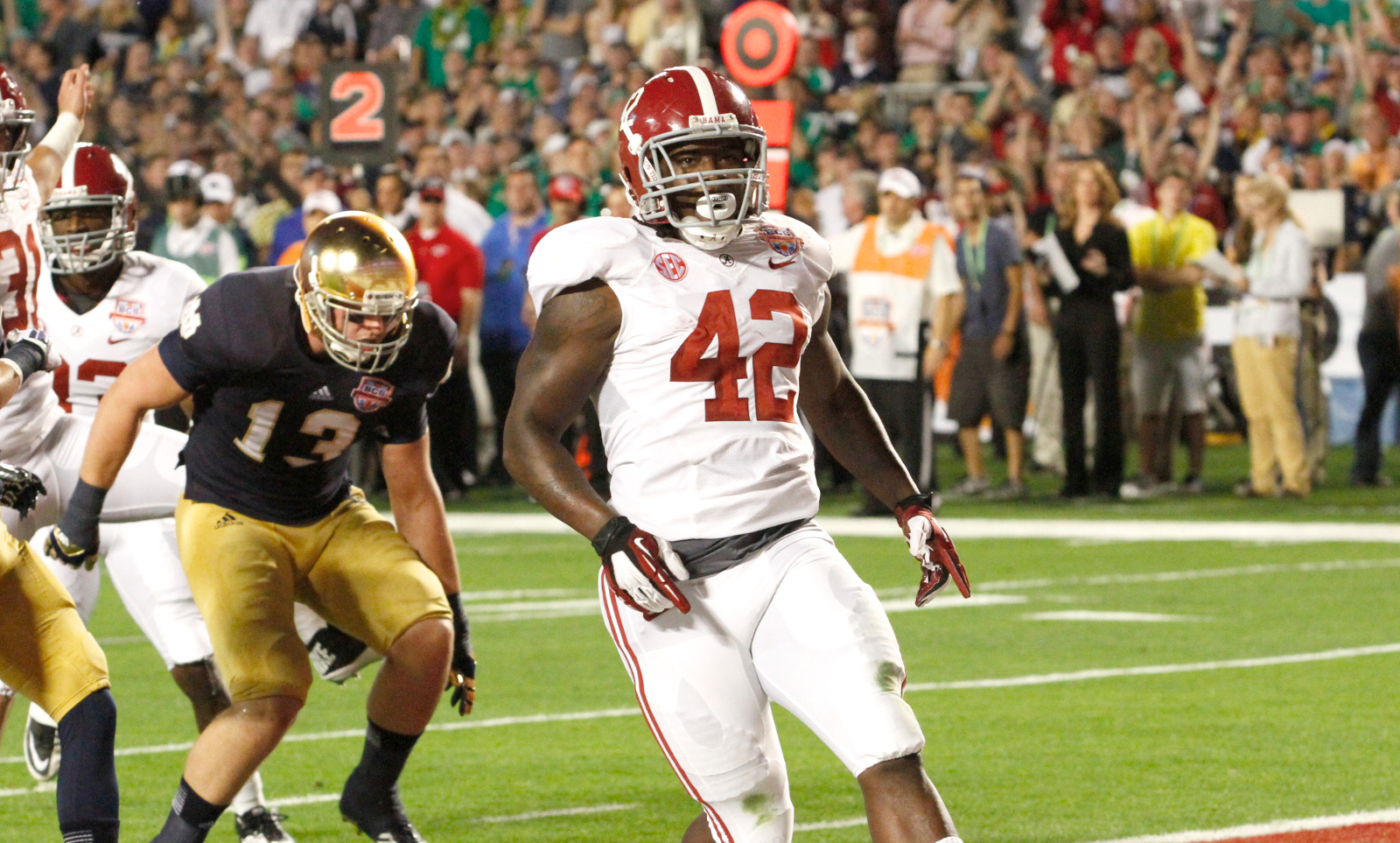 Eighty-three days separate the world from the return of college football and while most analysts would revert to preseason lists or Vegas odds, we here at Touchdown Alabama Magazine are going to take you down memory lane. Today, we begin a series called “top 10 of all-time,” where we look at each position in Alabama football and rank the best 10 guys to ever play in that role.

Wide receivers, linebackers and defensive linemen have notably become ideal positions for the Crimson Tide to recruit, nevertheless, it still knows how special a “do it all” running back is. It’s had its fair share of talented backs from Paul Bryant’s era (1958-82) to present with Nick Saban.

Listed below is a breakdown of the top 10 running back (all-time) in Alabama history.

Guys that missed the cut, but were awesome at Alabama