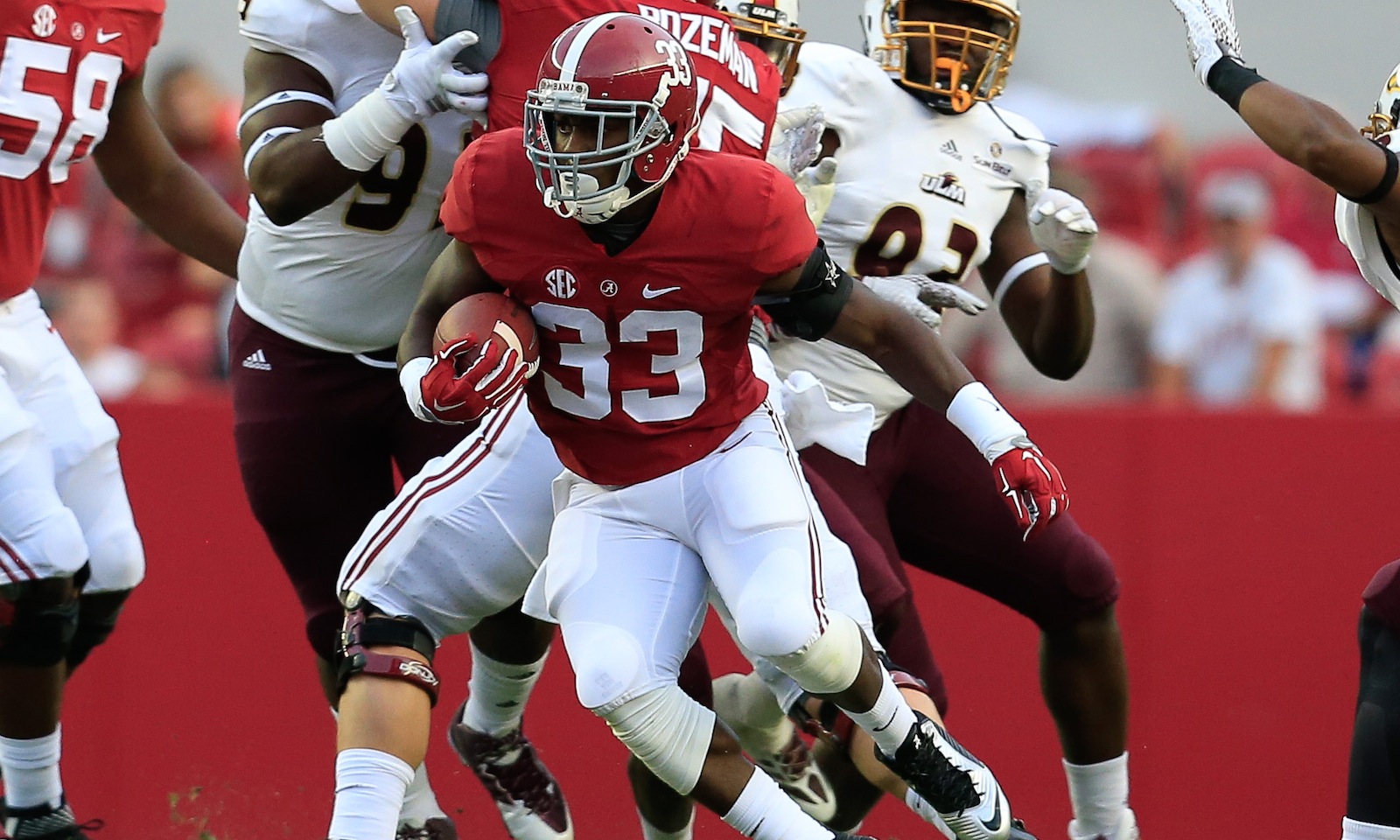 Since 2012, Alabama has not stockpiled much talent at the running back position.

Despite signing four big name recruits in 2013, Derrick Henry was the lone back to produce a strong career in Tuscaloosa. Damien Harris, Desherrius Flowers and Xavian Marks all were a part of the Crimson Tide’s 2015 recruiting class, but Flowers would end up having to attend a junior college due to academic issues. Ronnie Clark, who was originally recruited to be a defensive back, was switched over to running back in order to create more depth on offense.

After sustaining a second Achilles tendon injury during the spring, Clark will more than likely miss the entire 2016 season. Much will be expected from Harris and Bo Scarbrough as the two look to head the attack; however, the ideal question is who falls at No. 3 in the rotation?

Enter Derrick Gore into the equation. Gore, a former walk-on, enters his second year at Alabama and third season of football. The Syracuse, New York native was a stud at Nottingham High School and spent his freshman season (2014) at Coffeyville Community College in Kansas.

He saw action in seven games last year (sophomore), earning time as a reserve tailback and defender on special teams. Gore totaled six carries for 15 yards, while collecting one tackle on the coverage team. His average of four yards per carry on A-Day was the second-highest among ball carriers, falling behind Harris—who totaled 114 rushing yards on 20 carries (5.7 average).

The 5-foot-11, 212-pound back released a work out video of himself last week via YouTube. He is focused on obtaining a chance to steal some carries from Scarbrough and Harris in the fall.

Coach Nick Saban recruited Xavian Marks as a running back, but the Texas native has shown that he’s actually more potent at wide receiver and in the return game. With Marks looking to be more of a Kenyan Drake type of athlete, it gives Gore a shot to be a true third option in the run game.

The Tide did sign a back in its 2015 class, and one in B.J. Emmons who’s been coined as a “do it all” type of player. Emmons, a four-star recruit from Morganton, N.C., recorded 2,348 rushing yards and 38 touchdowns during his senior year at Freedom High School in 2015. He was clocked at 4.48 seconds in the 40-yard dash at the U.S. All-America Combine.

The 5-foot-10, 230-pound back was eligible to enroll for the Tide after earning a suitable ACT test score. Emmons has a chance to have an immediate impact on a roster that’s lacking depth at running back, if he can adjust to the learning curve quickly.

As we reflect back on Gore, he made a name for himself during the summer of 2015 as a hard-working, power back in open practices. Don’t be surprised if a New Yorker grabs more than a few hand-offs in 2016.