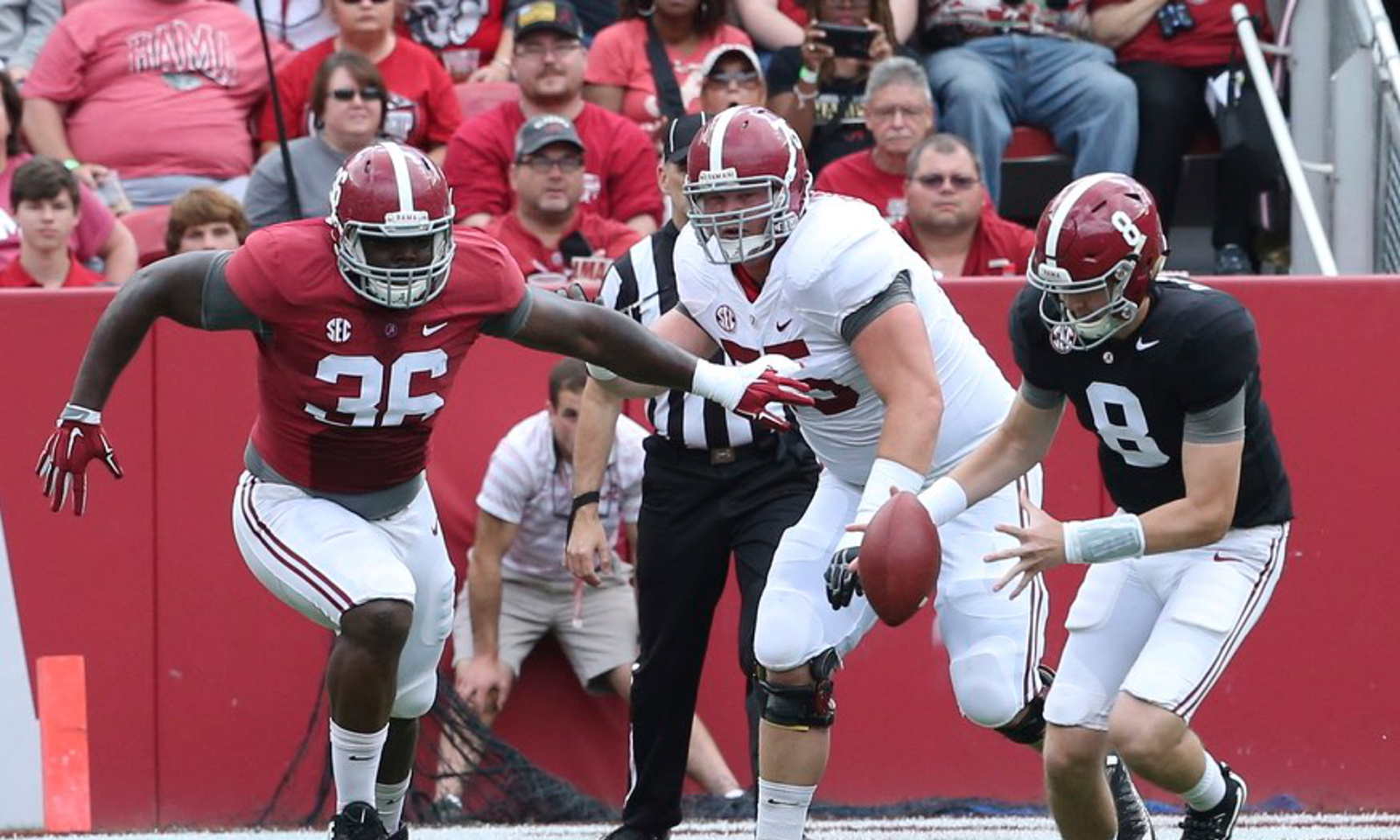 Scott Cochran’s regiments have taken root for an Alabama quarterback.

The Crimson Tide’s half a million dollar strength coach was tasked with putting some healthy weight on redshirt freshman quarterback, Blake Barnett. Barnett, who enrolled in 2015 as a five-star prospect, was straddling between 198 and 205 pounds for much of the 2015 season.

To check on his progress, the Corona, California native stepped on a scale last week (Saturday).

Barnett picked up 18 pounds, as the scale read the 6-foot-5 signal caller at 216.7. He posted a photo to Twitter displaying the latest progress in him pushing for the starting job in the upcoming season.

He spent all of last season executing hand-offs and running the scout team offense, but will enter fall camp as one of four guys vying to guide Alabama to 17th national title from under center.