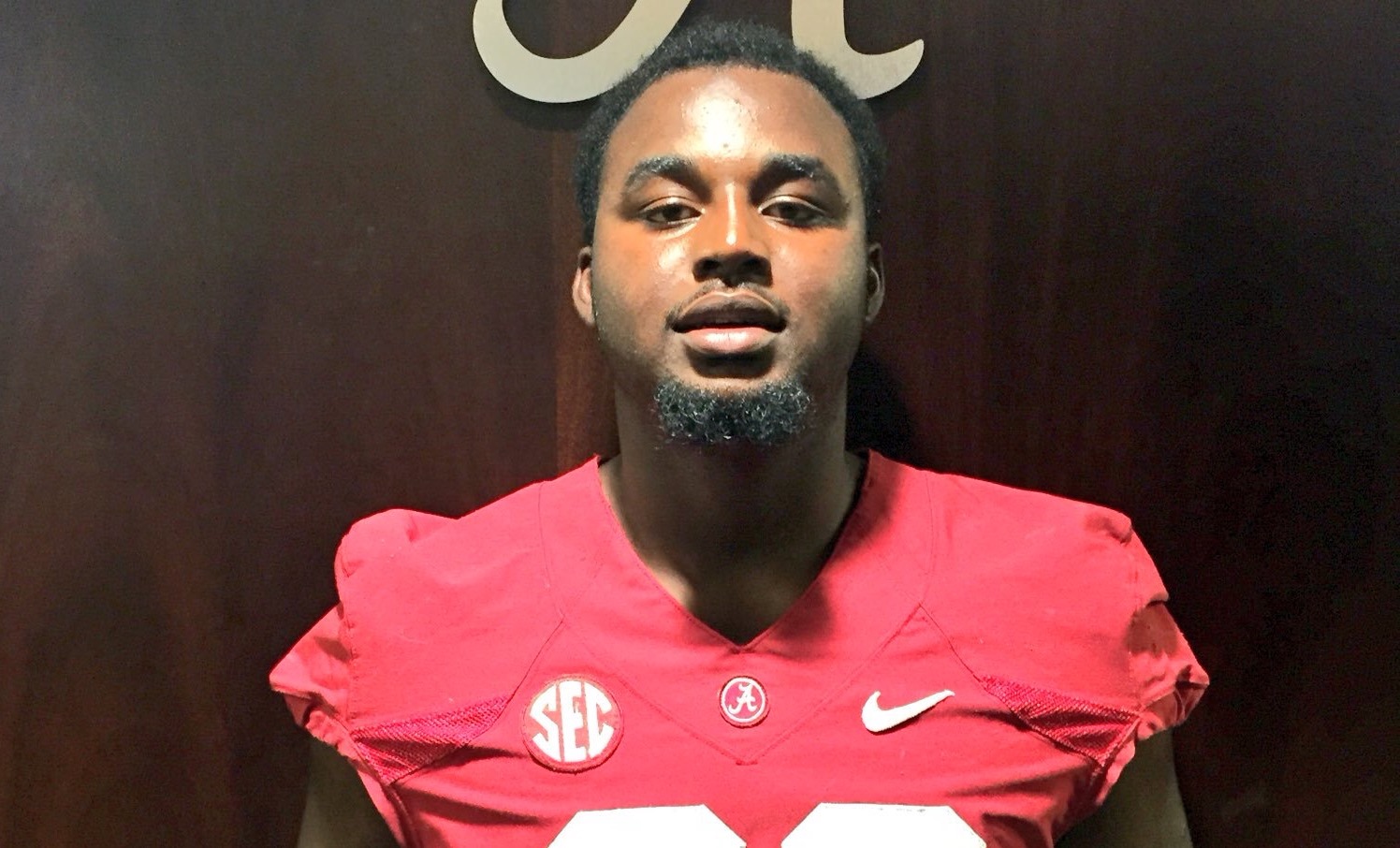 Akial Byers, a 4-star defensive tackle out of Fauettville, AR has been one of the Tide’s top targets at the position in this recruiting cycle right at the top with 5-star Marvin Wilson. Once Byers received the official offer from Alabama in February, they immediately became a major player in his recruitment, eventually making his top five.

That list was trimmed from fourteen offers down to Alabama, Mississippi State, Ohio State , Oklahoma and Ole Miss.

AFree an initial report from Hank South of 247Sports, Byers made the official announcement on his Twitter page.

The 6’4″, 275-pound prospect has been on Saban and staff’s radar since receiving that offer and many recruiting experts, including Touchdown Alabama have had him leaned to Alabama. The biggest reason being that the SEC program less than five minutes from his high school did not give an offer. The Razorbacks never offered Byers who is ranked as the No.2 player in the state of Arkansas, which many found odd especially as he would’ve been a solid fit for their defensive front. But in the end, Byers built a strong relationship with new defensive line coach Karl Dunbar and wide receivers coach Billy Napier, his primary recruiters, which made him feel at home in Tuscaloosa and made it a perfect fit.

Byers has great size to build on at the tackle spot and has the strength to impact Alabama’s line quickly as a rotational player. That strength makes him a dangerous run stopper, not to mention the power in his tackling makes running backs not want to go anywhere near that gap.

His size and presence draws a lot of double teams which helps his team draw pressure and make plays on defense. He’s very versatile and has a great motor, allowing him to be a 3 down type of player, something that helps him win battles consistently and at Alabama can do the same against SEC offenses within Alabama’s defensive rotation.