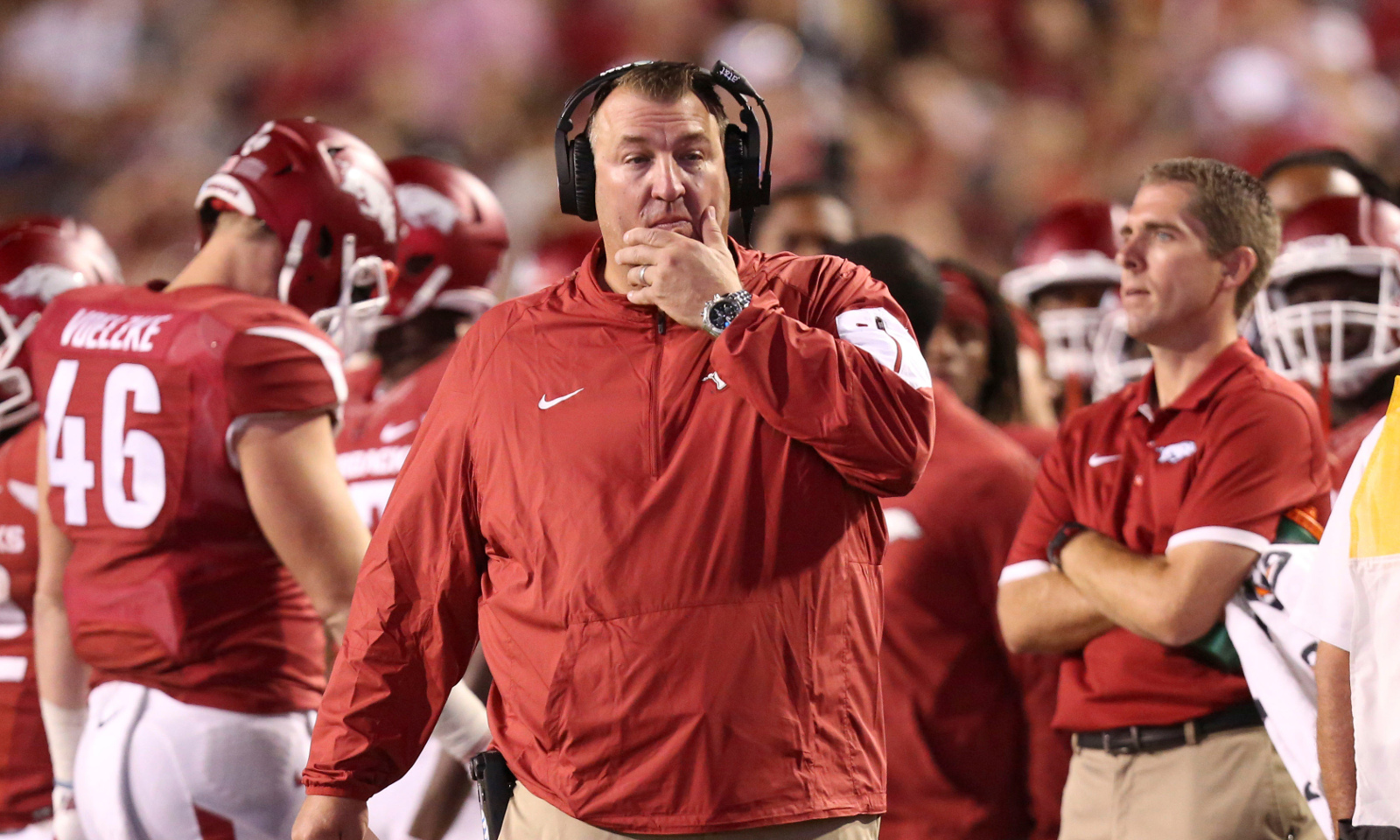 The University of Alabama football program puts a sour taste in the mouths of all opposition, but there are three schools that will be in search of getting the Tide monkey off its back in the fall.

Louisiana State University hasn’t defeated Alabama since the “Game of the Century” in 2011, which ended on a 9-6 score. Phillip Fulmer was the last Tennessee head coach to claim victory over the Tide in 2006. The Volunteers knocked off Mike Shula’s bunch 16-13, but the orange and white checkerboard nation has been winless against Nick Saban (0-9, since 2007).

While the third institution got obliterated by Alabama 52-0 in 2013, it’s managed to keep games close with Saban’s group in the last two years. Miscues on offense and defense hurt Arkansas in 2014 and 2015. A fourth quarter interception from ex-Tide safety Landon Collins secured a 14-13 win for Alabama in 2014 at D.W. R. Razorback Stadium, in a game in which the Razorbacks left nine points on the scoreboard. It had a 7-3 lead on the Tide at Bryant-Denny Stadium last season, until Jake Coker found Calvin Ridley for an 81-yard touchdown late in the third quarter.

Arkansas is getting closer and coach Bret Bielema has it on the right track, but for a team that wants to soon win a Southeastern Conference championship, close is just not good enough.

Bielema addressed his excitement for the Alabama match-up at SEC Media Days and during the ESPN’s SEC coaches car wash in Bristol, Conn., on Tuesday afternoon.

“There’s not a team since I’ve been in the game in coaching that plays as good a defense year in and year out as good as they do,” Bielema said on Alabama at SEC Media Days.

“It’s a reason why they win as many championships. It doesn’t matter what you do on offense. If you don’t want to score a lot of points, it doesn’t matter. We had a lot of missed opportunities in 2014 and they only scored 14 points, but it was enough for them to compete for another national championship. I have been able to prove to our guys what that means.”

Arkansas, like Alabama, will have a new quarterback entering the upcoming season.

Austin Allen, brother of former Razorback signal-caller Brandon Allen, will get the keys to Dan Enos’ offense. With the talent he has around him at running back and wide receiver, Arkansas will look to build off the 35.9 points per game average it obtained during the 2015 season.

Linebacker Brooks Ellis and defensive end Deatrich Wise will anchor a hungry Hogs defense, as it will host the Crimson Tide on Saturday, Oct. 8. If Arkansas can stay healthy in the early months of college football, its schedule for October and November is sitting pretty.

Bielema and company will play Alabama, Ole Miss, Florida and LSU at home in 2016.