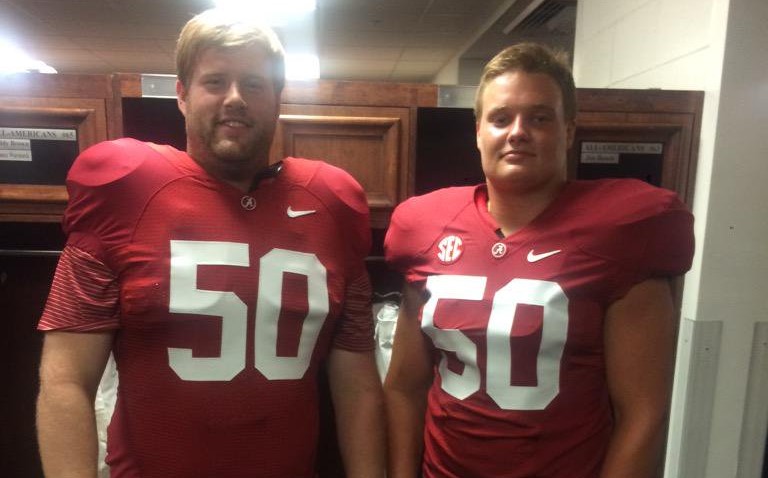 Hunter Brannon, a 3-star offensive tackle out of Cullman, Ala. has committed to the Crimson Tide after receiving an offer at today’s Champions Cookout and camp session in Tuscaloosa.

The 6’4″, 270 pound prospect has had some interest looming with the Tide after taking an unofficial visit in March and after an impressive summer in different camps, Brannon was invited to come back to Tuscaloosa to camp, where he picked up an official offer and decided to pull the trigger and commit to the Tide, something he called a dream in his announcement via Twitter.