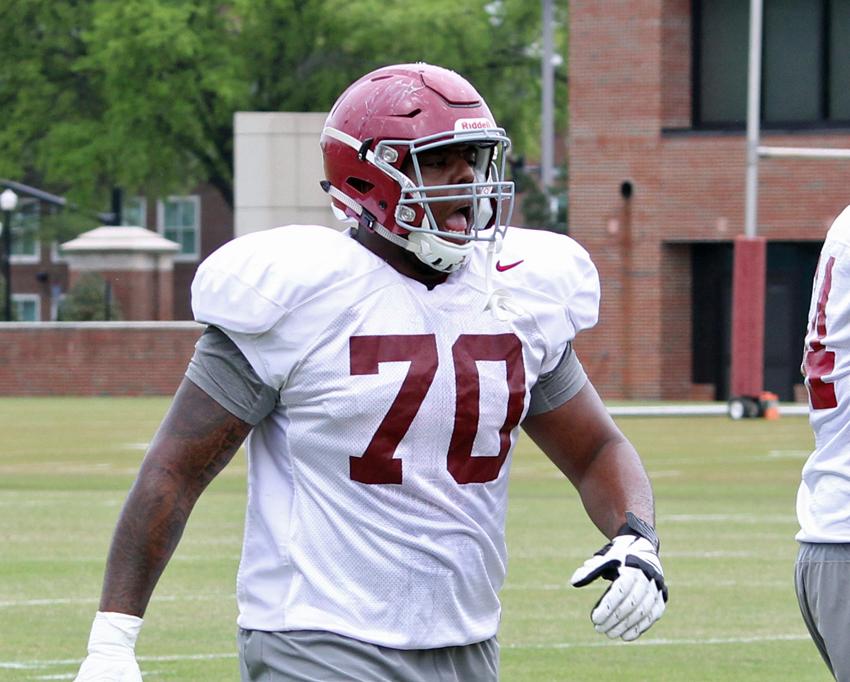 Alabama has had two players transfer to the University of Kansas in as many days. First it was sophomore wide receiver Daylon Charlot and now just 24 hours later 2016 junior college transfer, Charles Baldwin will head to Lawrence.

According to Ryan Bartow of 247Sports, Baldwin will fly into Kansas today from his home state of Connecticut. In May, Baldwin was dismissed from Alabama after a violation of team rules. This came after he signed with Alabama and enrolled early in January, coming to Tuscaloosa as the top rated junior college player in 2016 coming out of ASA College in Brooklyn, New York.

Baldwin will sign his scholarship papers with the Jayhawks on August 22 and will sit out this season due to NCAA transfer rules and then will have two years of eligibility to play starting next fall.