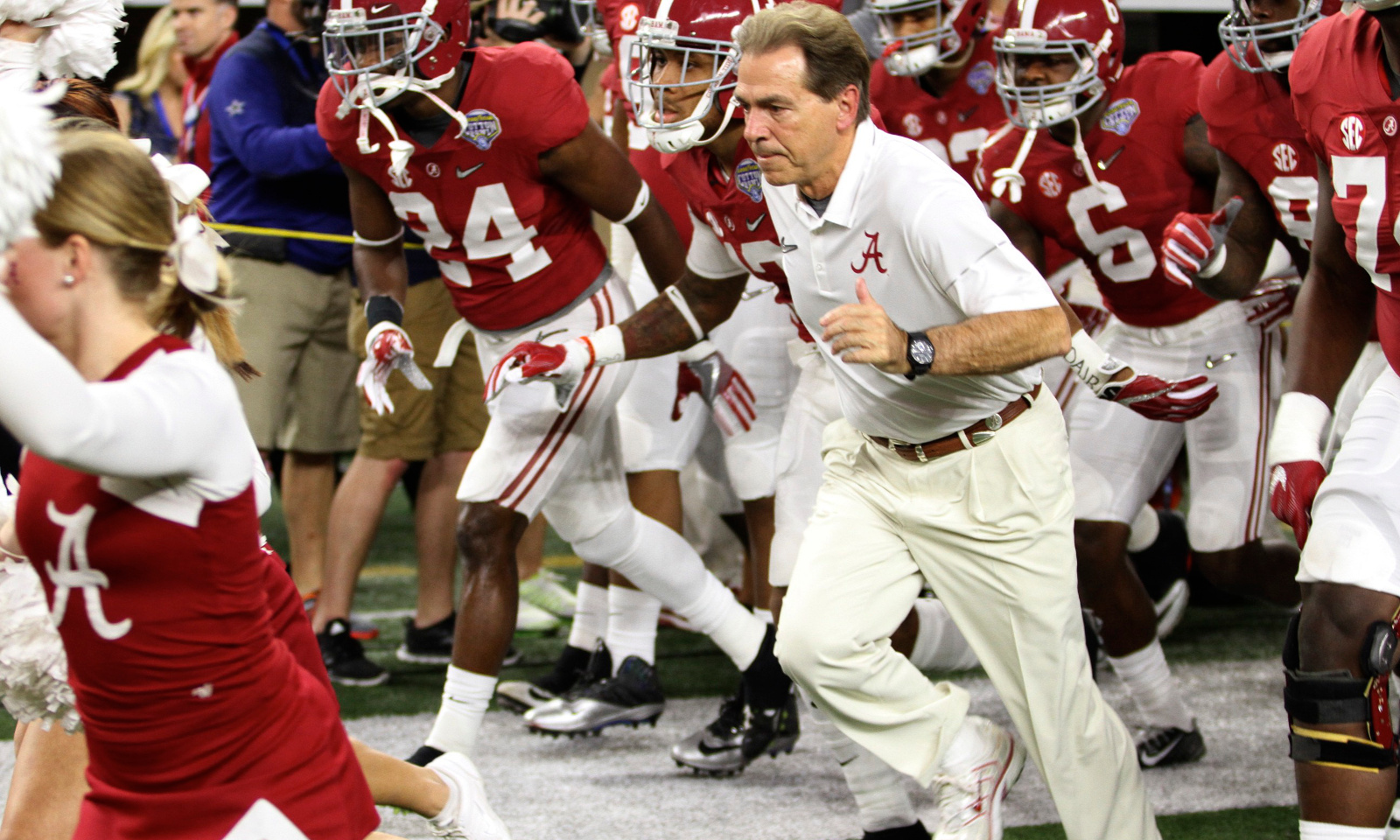 Here is the much anticipated depth chart. Now the fun will be to how long it all stays in this order.

Though it’s something he hates to do, Nick Saban has released the depth chart for Saturday’s game and all that mean is that there is a list given to the media and he reserves the right to change it right up until kickoff.

The big news in all of this however is that apparently the starting job for quarterback is coming down to two men, Cooper Bateman and Blake Barnett with Jalen Hurts listed as third. I was never convinced Saban would start a freshman at this important position as it just goes against everything Nick Saban has ever done and has ever believed in. The job is apparently Bateman’s to lose which is what he did against Ole Miss last season. Expect to see both Bateman and Barnett in the first game.

I expect Bateman to start and Barnett to win the job. I’ve said this since before spring ball and I’m still riding that horse until I see otherwise. Barnett simply has a much greater upside and if he can hold down mistakes, the job will be his. That is unless Bateman plays mistake proof ball himself and piles up yardage and points.

I also differ with the second team center. Should Bozeman go down or struggle, look for Pierschbacher to move over from his guard slot, but this is the depth chart we have been given and if history is any indication, things may differ as the season goes on.