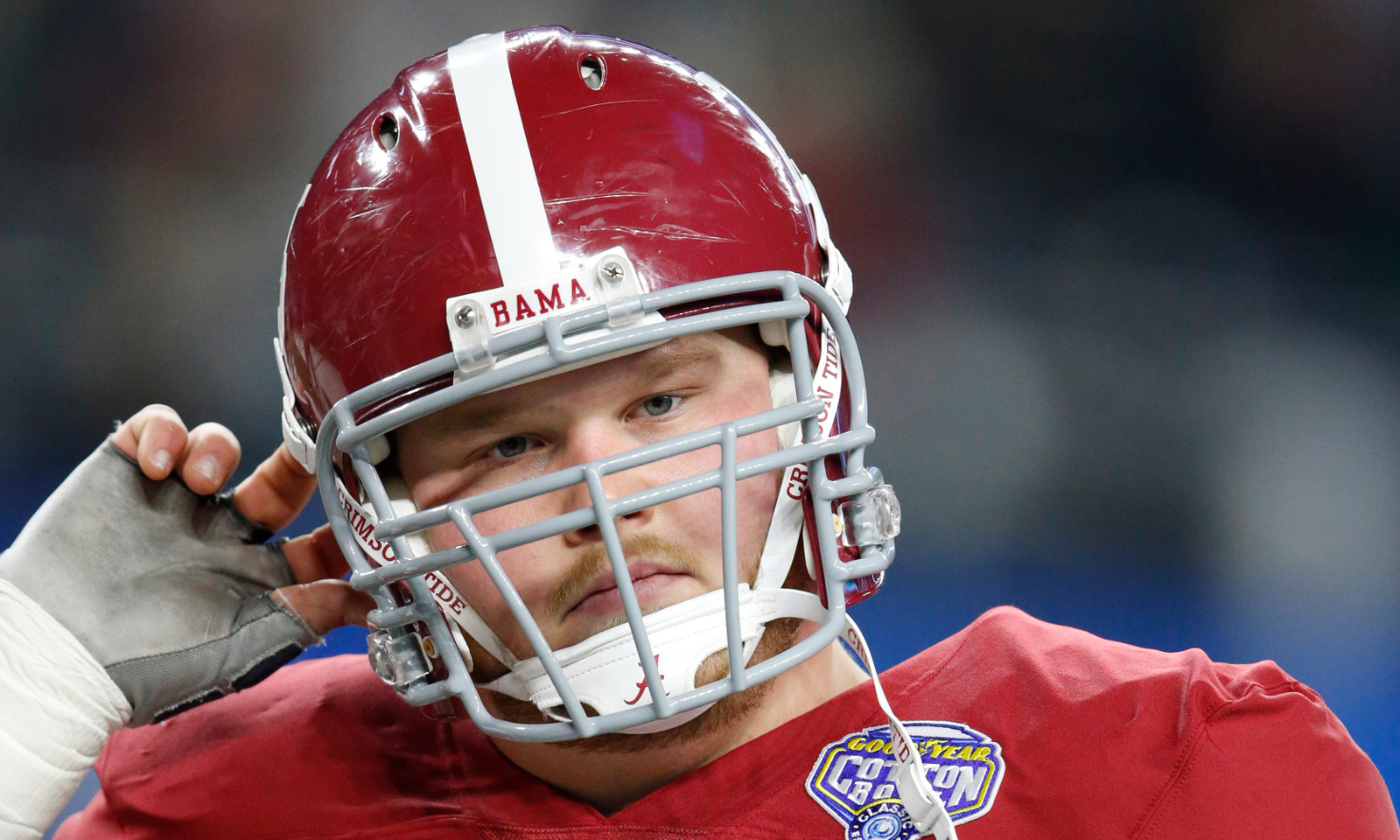 Looks like a member from Alabama’s 2013 recruiting class will have a significant role.

Redshirt junior Bradley Bozeman has seen time as a reserve center and guard during his last two seasons with the Crimson Tide, but according to head coach Nick Saban, the veteran offensive lineman will start at center on Saturday against No.20-ranked USC to open the 2016 season.

Bozeman, a native of Roanoke, Ala., spent the final two session of fall camp taking reps at center with the first-team offense. Saban made the move official during his presser on Monday.

“We’re going to play Bradley at center and Ross [Pierschbacher] at right guard,” Saban said. “It really wasn’t a competition at center. It was really about what’s the best combination of guys for us to play.”

Ross Pierschbacher, a redshirt sophomore, lined up at center throughout spring ball and the first 21 days of fall practice—until being transitioned to right guard on last week. Despite the move, Pierschbacher told the press during player interviews that the chemistry is good on the front line.

“I’m just doing whatever is best for the team,” Pierschbacher said on moving to right guard.

“I just try to do what the coaches ask of me and I have full trust in them.”

One upside for the Tide where Bozeman is concerned is that he’s played meaningful snaps at center before. He filled in admirably for an injured Ryan Kelly in 2014 during a match-up against Ole Miss, and scratched out two starts against Texas A&M and Arkansas that year.

He posted a team-high three knockdown blocks against Arkansas, while guiding Alabama’s running backs to 298 yards rushing against Texas A&M in 59-0 victory. Bozeman competed against Pierschbacher and Alphonse Taylor for a starting role at left and right guard last season.

He lost in both endeavors, but it appears that his time has finally come.