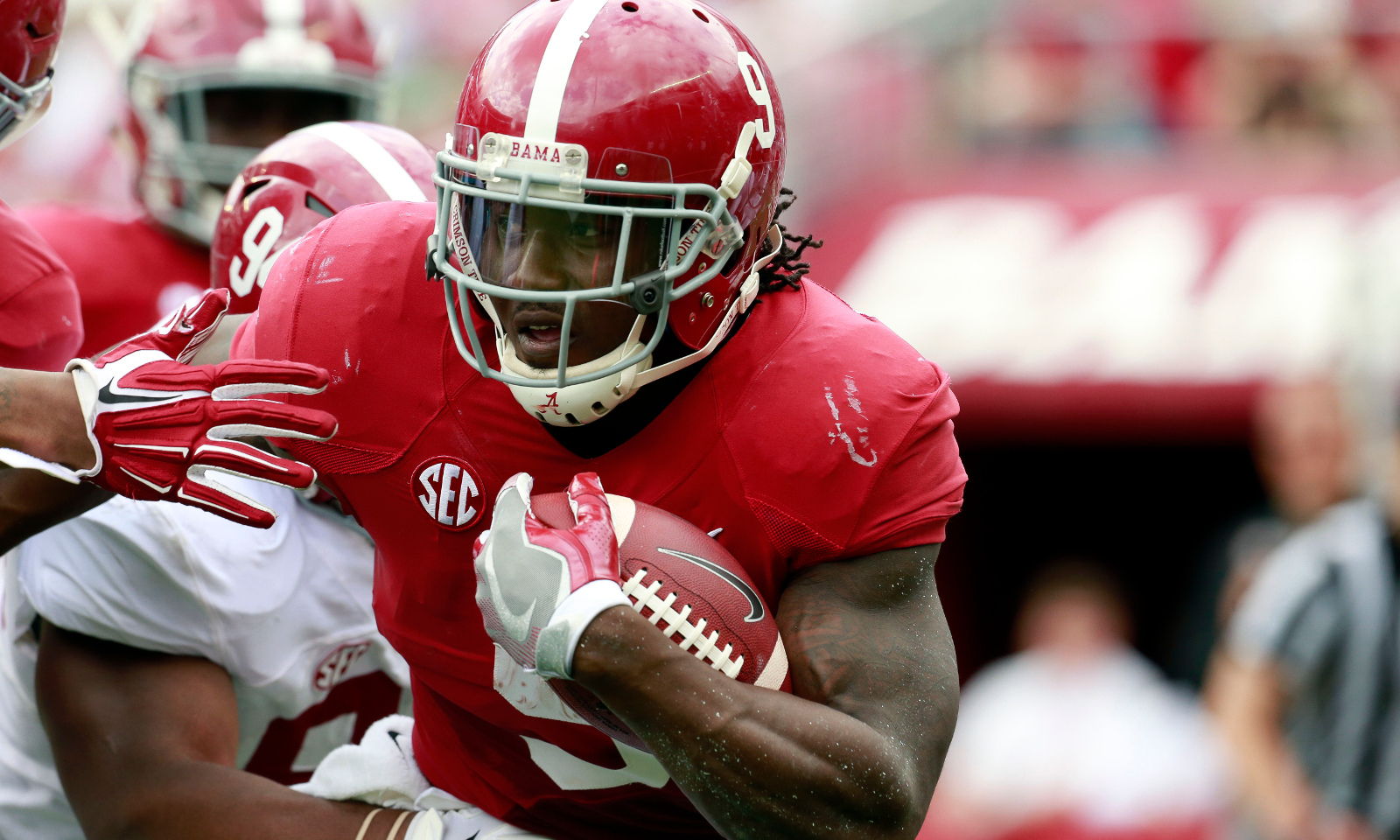 Alabama looks to continue its trend on Saturday against 20th-ranked Southern California at AT&T Stadium for the AdvoCare Classic. Saban enters his 10th season at the helm, with four of those years resulting in him hoisting a national championship trophy (BCS, College Football Playoff).

Despite suffering a 43-37 loss to Ole Miss in 2015, the Crimson Tide found a way to gel together and win both a Southeastern Conference championship and a national championship.

USC will pose an interesting challenge, but for now, we look at the Tide’s impact stars.

The Tuscaloosa native was the first of four running backs to appear on a depth chart that Saban issued out on Monday, during his game week presser. Scarbrough (6-foot-2, 226 pounds) is expected to pick up where Henry left off a year ago, but health remains a priority for him.

He accounted for 104 rushing yards and a touchdown on 18 carries in 2015, after recovering from a knee injury and serving a four-game suspension from the NCAA (academics).

Scarbrough was one of the nation’s most elite athletes and a five-star prospect, upon signing to Alabama. He made waves at both Northridge and IMG Academy, ripping off 2,406 yards rushing and 33 touchdowns in his high school career. While it’s potent in the secondary, Southern California lacks depth and experience along its defensive front. The Tide will look to establish rhythm on the ground with Scarbrough and Damien Harris (sophomore), to settle the quarterback into the action.

His ability to flip the field made him indispensable as a freshman in 2014.

He recorded two punts against West Virginia in a season opener, with one traveling 62 yards to pin the Mountaineers inside the 20-yard line. Scott ended the year netting 48 yards per boot, earning Freshman All-American and All-American honors from numerous media outlets.

The 6-foot-6, 202-pound specialist encountered a sophomore slump last season, before bouncing back to amass 44.2 yards per punt. With a new quarterback (third straight year), center and running back take the stage, special teams must create leverage for the Tide against USC.

Saban and company have had their eyes on him, dating back to his ninth grade year at Auburn (Ala.) High School. Foster was one of those marquee names from the Tide’s 2013 signing class that broke through last season. An improved technique mixed with a determined motor allowed him to total 73 tackles, while adding eight tackles for loss, a sack, nine pass breakups and three quarterback hurries.

He’s dropped weight to become a more efficient tackler and with Reggie Ragland gone, Foster emerges as the latest ringleader on what looks to be a nasty defense.

Alabama is loaded on its defensive front with Jonathan Allen, Dalvin Tomlinson, Da’Shawn Hand, Da’Ron Payne, Ryan Anderson, Tim Williams and Rashaan Evans, nevertheless, Foster will be in charge of getting everyone in order under new defensive coordinator—Jeremy Pruitt.

Stellar production at quarterback does not happen without effective communication from the center position. Alabama’s had three different signal callers from 2013-15, but Ryan Kelly was a constant on the offensive line. He commanded the front exceptionally well, blocking for three 3,000-yard passers and a 2,000-yard rusher in Derrick Henry (2,219) during the 2015 season.

Bozeman, a former three-star recruit, has lined up at center three times in his career.

He’s played in 24 games as a reserve, but Saturday’s action in prime time will be a first. Getting the offense in and out of audibles as well as fine tuning the center/quarterback exchange, will be a point of emphasizes for him. The men up front will be a focus point on who wins this weekend.

The 6-foot, 188-pound receiver totaled seven touchdowns in 2015, and looks to make life easier for both Cooper Bateman and Blake Barnett against the Trojans’ secondary. Cornerback Adoree’ Jackson will be called upon to shutdown Ridley, but re-routing the Florida native is a challenge.

Michigan State had a tough time with him in the Goodyear Cotton Bowl. Ridley found ways to run by defenders and total 138 receiving yards with two touchdowns on eight receptions.

Defensive backs Iman Marshall and Chris Hawkins will have their hands full with ArDarius Stewart, Robert Foster, Gehrig Dieter, Cameron Sims, O.J. Howard and others, but if Jackson struggles to keep Ridley at bay, Saturday’s game could get very ugly for the men of Troy.