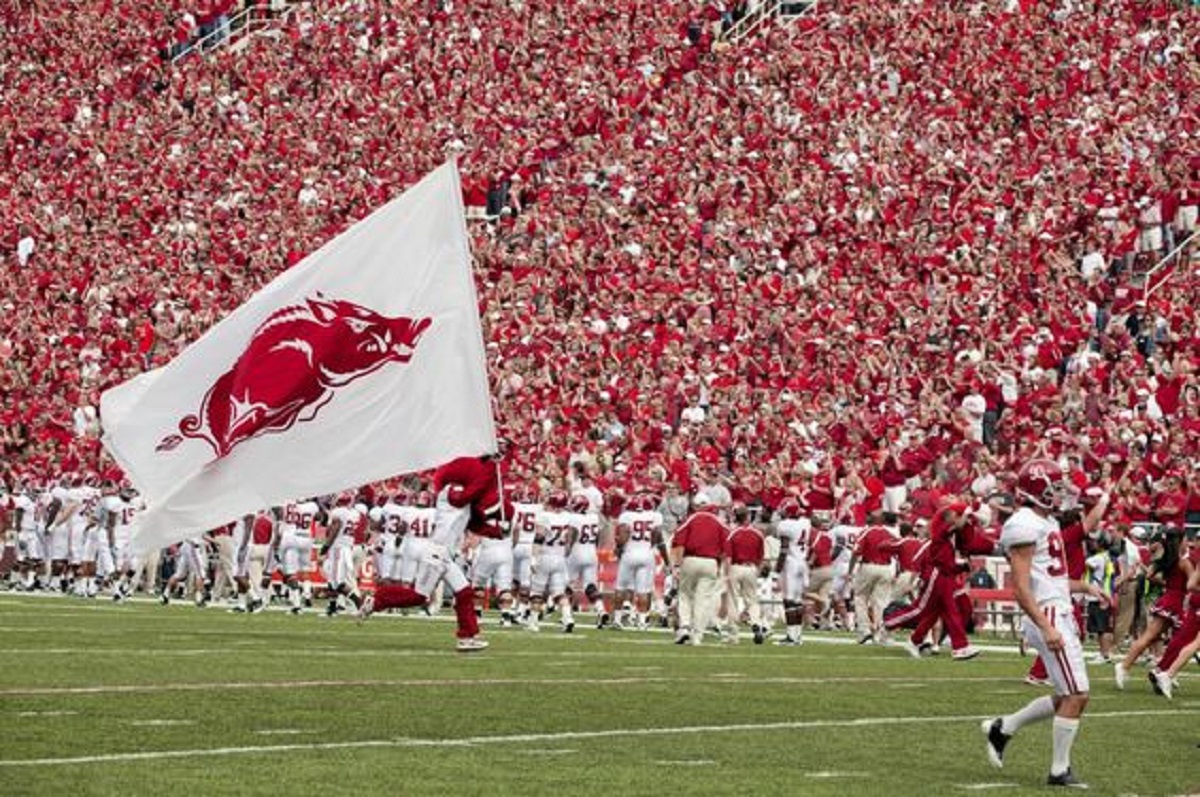 There are valid reasons why Alabama fans should take the game against Arkansas seriously. Here are the reasons, see if you agree.

Can Arkansas Beat Alabama This Weekend?

To the die hard Alabama fans, there’s no way Arkansas beats Alabama this weekend. No credible sportswriter has called for such an upset and last year’s 27-14 score wasn’t really that close as Arkansas got a last minute face saving touchdown long after the game was decided is still all too fresh in most folks minds.

And how could they?

Should Alabama commit mistakes early, give the razorbacks a shot of momentum then anything can happen. Jalen Hurts could press to make a big play and throw another interception or running backs trying desperately for that extra yard could get the ball stripped. Defensive backs from Alabama could go for the interception trying to make a big play and miss, leaving the receiver unattended to take it to the house.

Arkansas doesn’t have Alabama’s defense, not depth, size, strength or speed, but they have a good one. But Arkansas has a real nice offense and they could make things interesting for the Tide for 60 minutes. Austin Allen has passed for 1232 yards this season, that’s 243 yards more than Alabama’s Jalen Hurts in just about as many attempts. While Hurts has only thrown for 5 touchdowns this season, Allen has passed for 12. His touchdown to interception ratio is also better than Hurts, so it’s not like Arkansas will be afraid on offense.

But rather than drown you figures, I’m prone to go with two old sayings, “You can use statistics to argue both sides of an argument” and “Liars use figures and figures lie”. The main point is that nothing happens if one team is on fire and the other struggles and the Hogs are one of those teams who can catch fire and burn a higher ranked opponent.

This article is not to say that Arkansas will win, quite the contrary. I’ve already picked them to lose in my weekly picks in Larry’s Losers in the SEC, but it wouldn’t be all that surprising to see the Hogs pull off an upset for another reason: Alabama usually stumbles once each season.

Only once in the Saban era has one of his Alabama teams gone undefeated. That’s hard to believe when you look at the stuffed trophy cases, but it’s the truth. With Alabama heading into what most sportswriters and broadcasters are calling the toughest four game stretch in college football this season, they make be looking ahead, resting up for what they perceive to be a tougher game down the road or any other reason. But whether you believe that could happen or not, it’s hard to argue that Alabama is a team that loses it focus and polish at least once a year when you have that kind of past history looking you in the face.

The boys in Las Vegas have Alabama as high as a 14 point favorite, so overconfidence could be another problem. More than once has a team been caught in the trap of reading their own headlines and listening to all the buzz.

Lastly, games are won by play makers and Arkansas has them just as Alabama does. It’s not like Arkansas doesn’t have players who are top flight, they do and they have a coach that’s fundamentally sound too. He’s not going to make a play clock error, his team is unlikely to lose because of stupid penalties and he’s good at making adjustments to what they opposing team is doing to hurt his own.

So Arkansas COULD win and you shouldn’t be wrist cutting surprised if they do, but in the end, they won’t. At least I say they won’t.