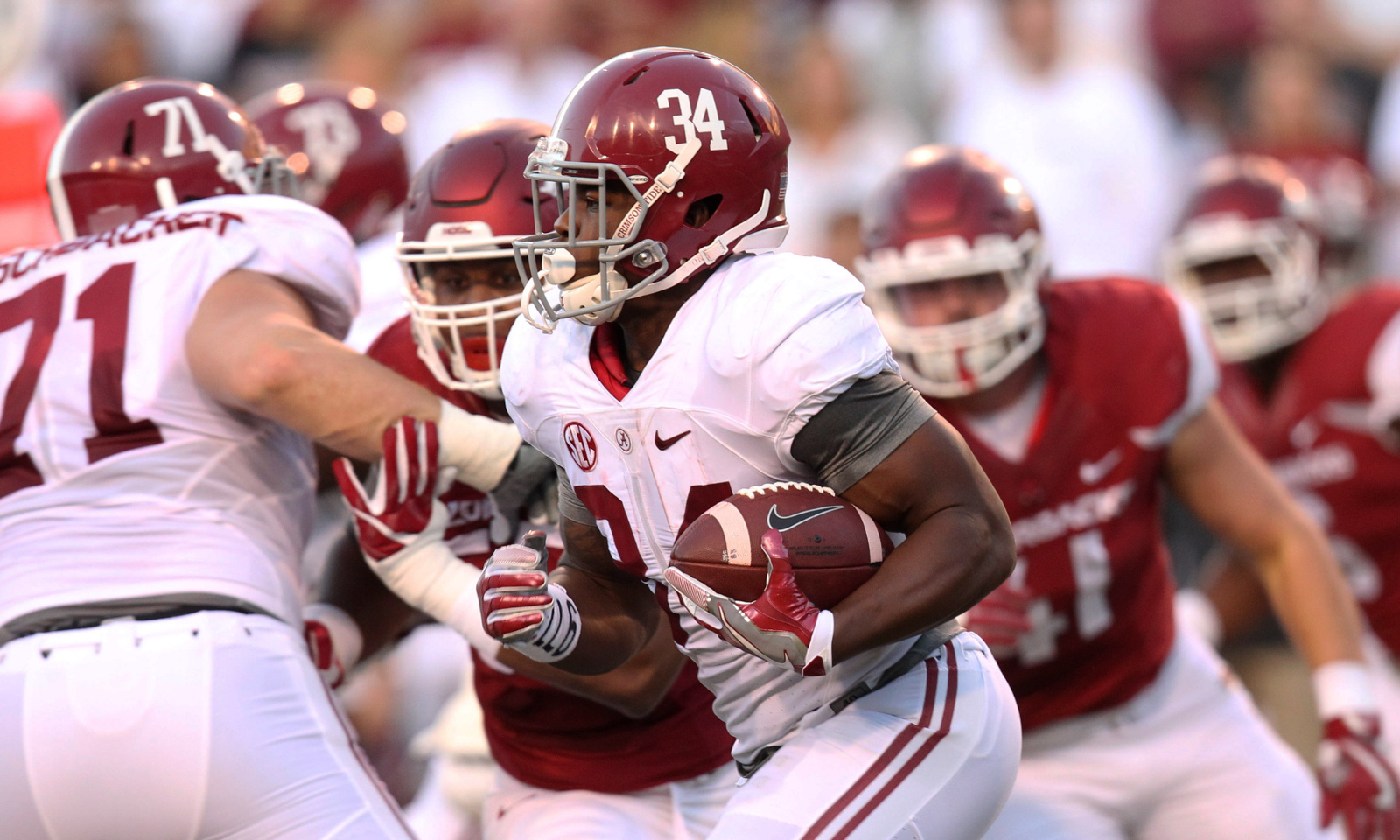 Despite a lot of issues on pass defense, Alabama’s defensive front and run game opened up a 35-17 lead over Arkansas at halftime. Running back Damien Harris has a team-high 104 yards on eight carries, while Joshua Jacobs chimes in with 57 rushing yards on three attempts. As a whole, the Tide averaged 9.4 yards per carry.

Jalen Hurts completed 11 of 13 passes for 182 yards, including a 57-yard connection with Harris for a touchdown in the second quarter. He accounted for two rushing scores, moving him to 12 total touchdowns.

Wide receiver ArDarius Stewart has four catches for 54 yards, with two resulting in third down conversions.

Harris leads the team in receiving yards (60) to pair with his touchdown grab.

Defensively, Ryan Anderson leads the team in tackles with six. Both Ronnie Harrison and Minkah Fitzpatrick have four tackles apiece, while Eddie Jackson and Shaun Dion Hamilton have two tackles each. Alabama has a trio of players—Dalvin Tomlinson, Laurence “Hootie” Jones and Da’Ron Payne—with two tackles. Hamilton and Tim Williams both have a sack. Williams’ 23-yard fumble return gave the Tide its eighth non-offensive score.