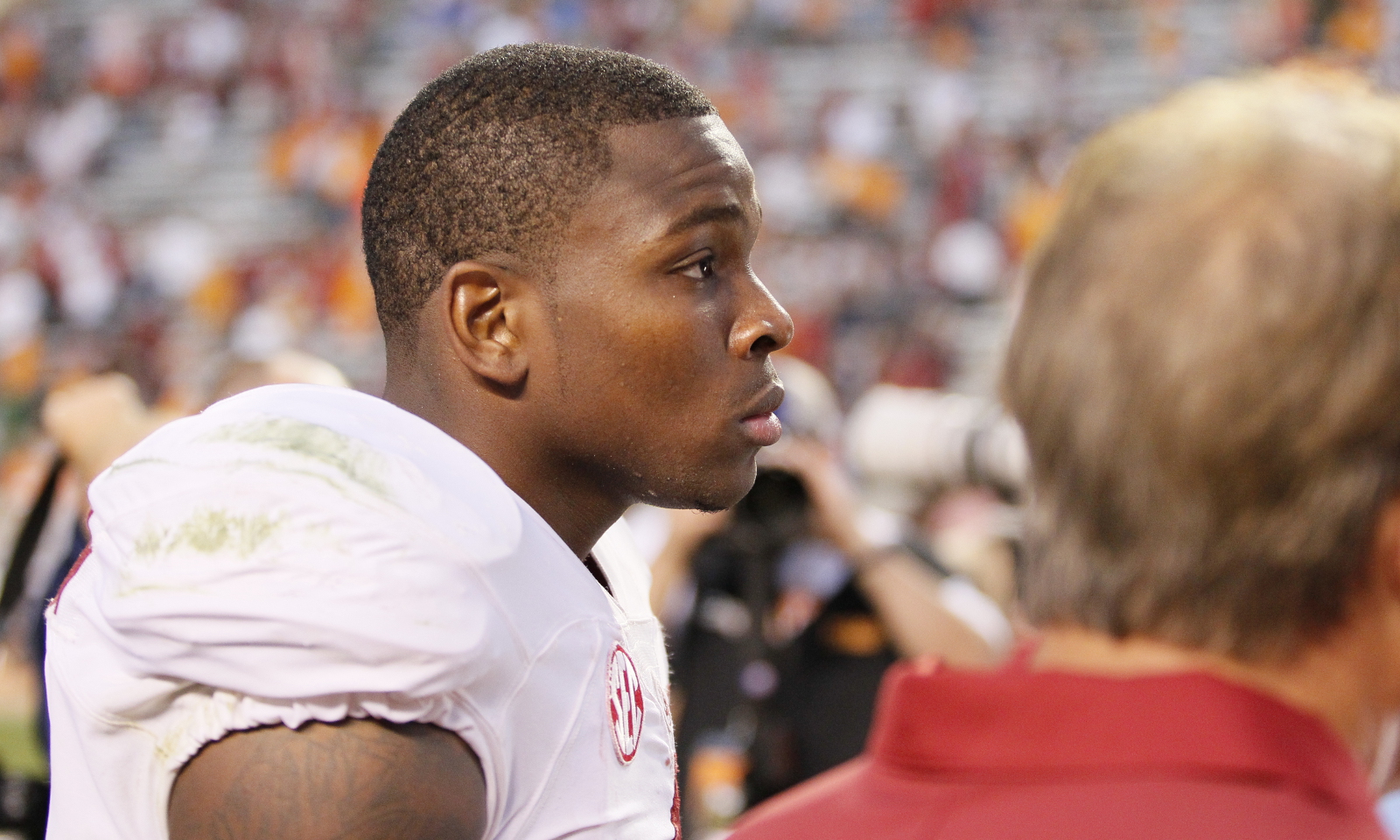 It just looked like another good opportunity for a big punt return as Eddie Jackson field the punt at his own 35-yard line. However, 17 yards later, the senior’s career at Alabama was over.

Jackson was taken down with an ugly tackle but he did not get back up on his own and had to be taken to the trainer’s tent immediately. He stayed on the sideline until just after a Jalen Hurts touchdown run but he was carted into the locker room as chants of “Eddie” rang throughout Bryant-Denny Stadium.

The diagnosis: Fractured leg, according to Nick Saban.

“We’re certainly going to miss (Jackson), but what a great player, what a great competitor and what a great guy to have in this program,” Saban said in his post game press conference.

It is tough to say what the loss will do to the Crimson Tide’s defense but the only positive outlook on this is that it comes at a “good” time. Alabama enters a bye week and will be able to figure out how their secondary needs to be shifted around to fill in the hole at strong safety,

Hootie Jones saw playing time against Texas A&M and finished with four tackles and a pass break up. Tony Brown saw the field after Jackson’s injury as Ronnie Harrison moved into the role of strong safety.

Xavian Marks will likely take over the duties as punt returner, as he already has one return for a touchdown so far this season.

“He’s done a fantastic job for us and I’m just sick for him and his family… We’re certainly going to miss him,” Saban said as he finished his opening statement.

Only time will tell what the injury means to the Tide’s football team but all thoughts and prayers of the entire Alabama fan base are with Eddie Jackson and his recovery now.