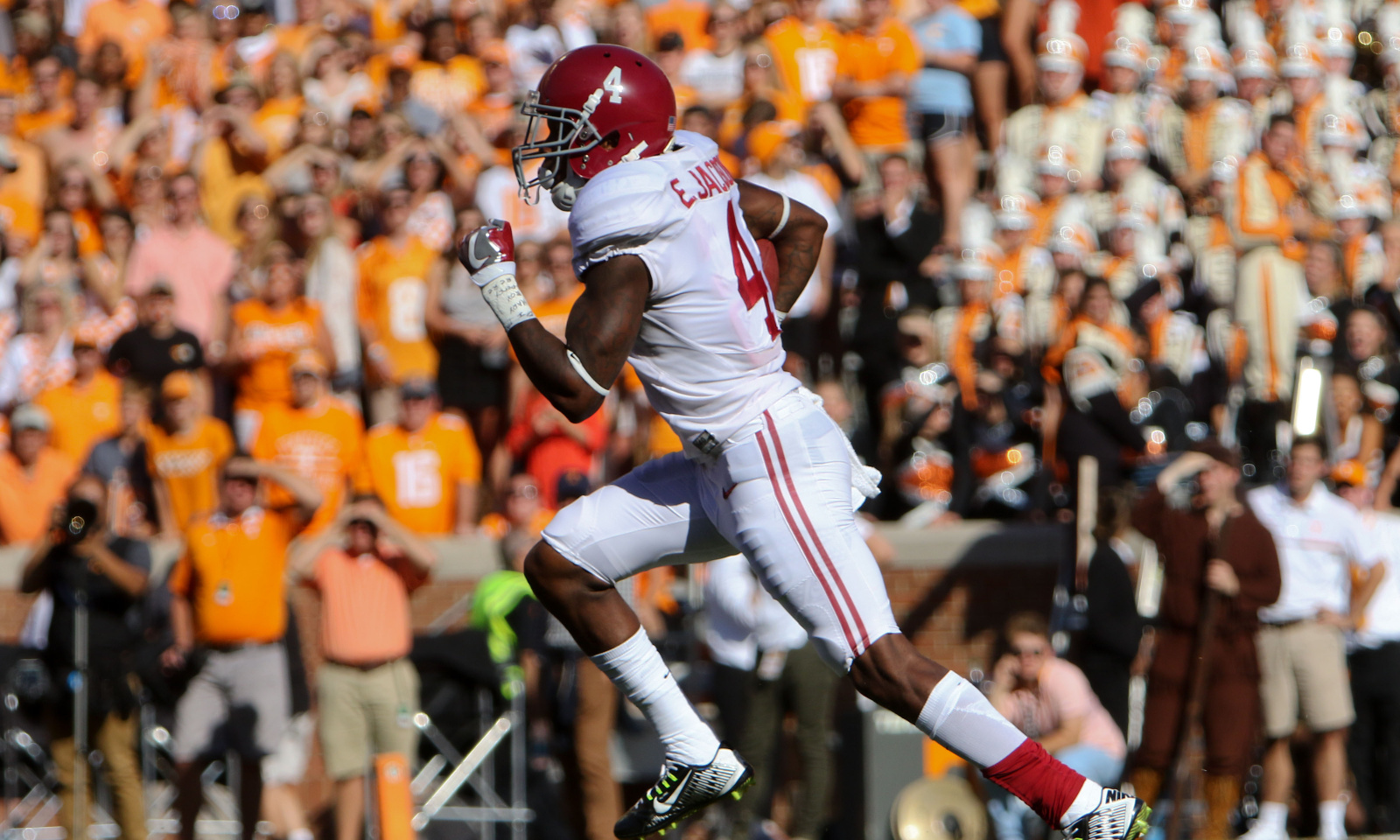 TUSCALOOSA—Coach Nick Saban and the Crimson Tide endured both good and bad news after its match-up against Texas A&M. Despite capturing a 33-14 win and complete control of the SEC West, Alabama must continue the remainder of its season without one of its leaders.

Senior defensive back Eddie Jackson sustained a leg injury in the fourth quarter.

He landed awkwardly after getting tackled, and was immediately helped off the field. Jackson would then be carted into the locker room, leaving Saban to share some tough news in his post-game presser.

“Eddie Jackson has a fractured leg and will be out for the season,” Saban said.

“Eddie was a fanstatic player for us and a great leader. I think he’s an All-American player at safety and we are certainly going to miss him. What a great player, a great competitor and great guy.”

Prior to the injury, Jackson was building a first-round stock for next year’s draft.

He accounted for three of Alabama’s 12 non-offensive touchdowns, which leads the nation. The 6-foot, 194-pound safety totaled 24 tackles, 2.5 tackles for loss, two pass breakups and an interception.

O.J. Howard, a senior, was signed in the Crimson Tide’s 2013 recruiting class with Jackson.

“Eddie was our veteran and leader on defense,” Howard said.

“He’s a great friend of mine and I’m praying for him. Just to hear a guy end his career in that way is awful.”

For sophomore cornerback Marlon Humphrey, it took all within him to hold back tears after seeing Jackson carted to the locker room and hearing the news from the coaching staff.

“It was very heart-breaking to see him [Jackson] get hurt like that,” Humphrey said.

“It’s hit me but I think it is going to hit me even more when we get back to practice. It will take some getting use to, but our guys will bounce back from it. He’s the leader of our secondary and when I made the interception, all I could hear was him telling me to split the zone. He helps me a lot in pre-snap and post-snap coverage.”

With Jackson out, Ronnie Harrison, Laurence “Hootie” Jones and Tony Brown will be expected to carry the load. Harrison had 32 tackles prior to Saturday’s game, while adding three pass breakups, two forced fumbles, two interceptions and two touchdowns to his credit.