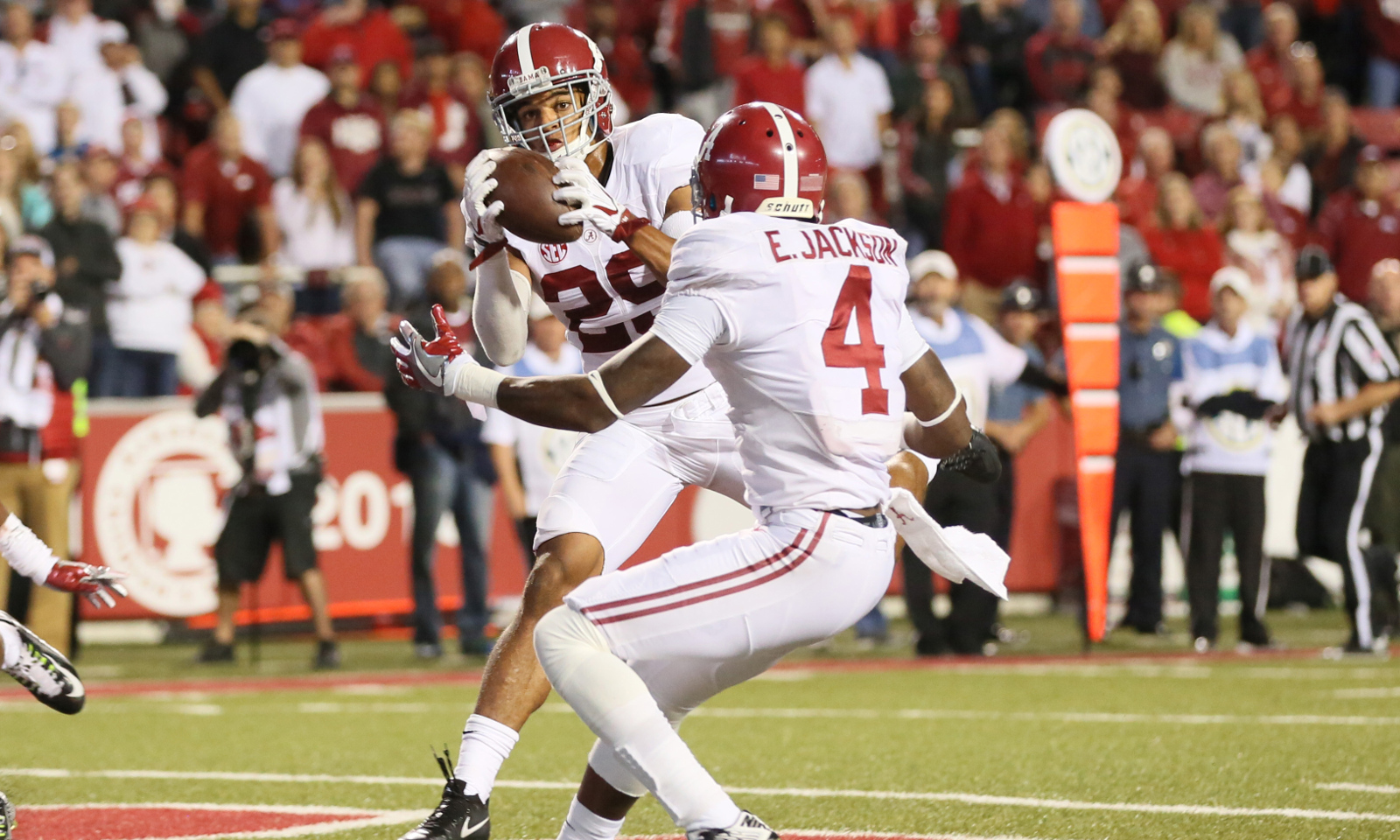 Minkah Fitzpatrick is having an unbelievable season, as he’s maturing into a complete playmaker. He’s leads the Crimson Tide’s secondary in interceptions (three), pass breakups (five) and sacks (1.5) while being one of the leaders in total tackles with 36. His finest performance this season came against Arkansas, in which he recorded a career-high three interceptions. The latter was returned for a 100-yard touchdown, surpassing a mark that was previously set by former Alabama defensive back Mark McMillian in 1991 (98 yards).

On Monday, the Oklahoma Sports Hall of Fame announced Fitzpatrick as one of 16 semifinalists for the Jim Thorpe Award—honor that’s presented annually to the nation’s best defensive back.

Three finalists for the Thorpe Award will be announced on Nov. 22, and a winner will be named during the Home Depot College Football Awards Show in Atlanta on Dec. 8 via ESPN.

Fitzpatrick and the top-ranked Crimson Tide will travel to LSU on Nov. 5 to face the Tigers.