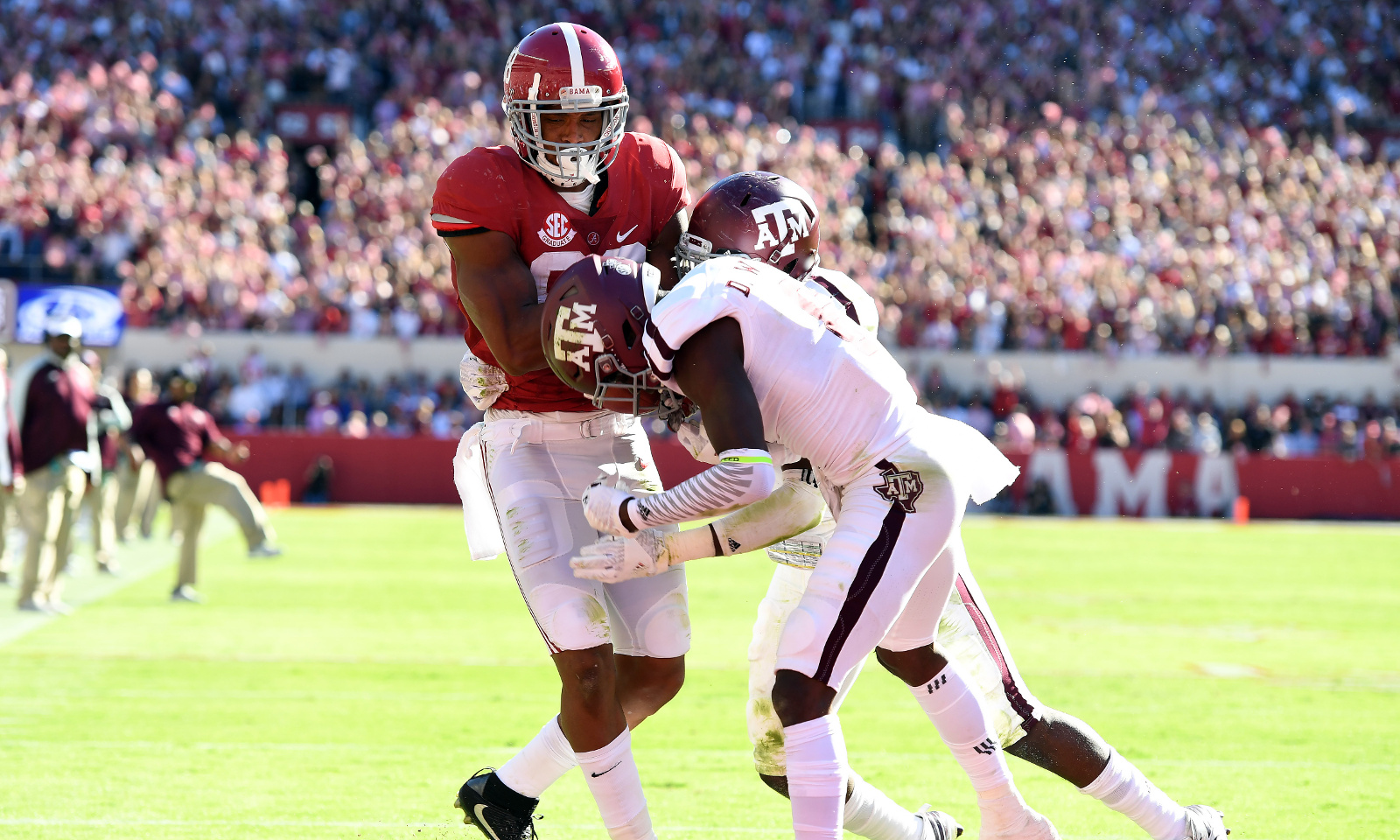 TUSCALOOSA—Before suffering a season-ending leg injury in the fourth quarter against Texas A&M , safety Eddie Jackson left one piece of advice with the media on Wednesday in regards to O.J. Howard.

Whether it was Jackson’s words, the constant begging from Alabama fans or Lane Kiffin coming to the realization that Howard is 6-foot-6, the senior tight end had a strong outing this week.

Howard led all receivers with eight catches, including four that resulted in first downs. He had a game-high 69 yards, and recorded his first touchdown of the year in the second quarter. He continues to thrive as a blocker, pushing Alabama to 451 total yards. Despite catching 22 passes all season, Howard said winning games is the only thing that matters.

“It feels good to see someone score when you make a big block,” he said.

Howard has seen his role at Alabama change in three seasons, but remains positive on the job Kiffin has done in maintaining balance on offense.

“I think Coach Kiffin does a great job of adjusting the quarterbacks to our strengths on offense,” Howard said. “He tells the quarterback that you have enough athletes around you so you don’t have to do too much.”

Howard’s performance in both receiving and blocking aided the Crimson Tide to a 33-14 win over Texas A&M, improving its record to 8-0 and giving it sole possession of first place in the SEC West.