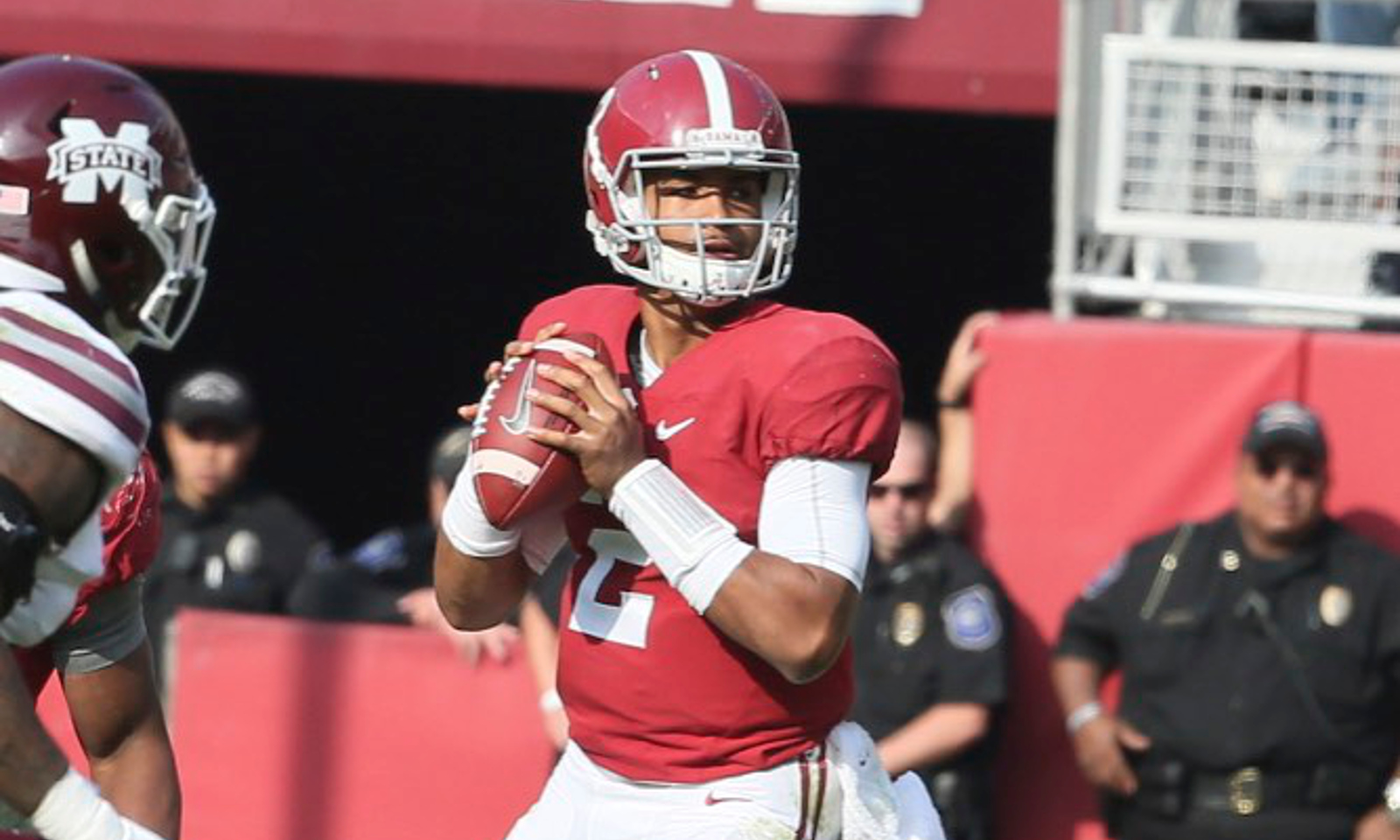 An award in itself is special, but accolades mean a lot more when it comes from home.

After recording a career day against Mississippi State,  Alabama’s Jalen Hurts was recognized as the Earl Campbell and Davey O’Brien Player of the week. On Tuesday, the Tyler Chamber of Commerce and Davey O’Brien Foundation both made the announcement.

Hurts totaled 447 yards (347 passing) and responsible for five touchdowns, including three to wide receiver ArDarius Stewart. His five scores tied a school record for most in a single game, while Hurts became the first Alabama quarterback to pass for 300 yards and rush for 100 yards in a game.

The Earl Campbell Award is presented to college football’s offensive player of the year with a Texas connection. Hurts, a native of Channelview, Texas, has 27 total touchdowns this season.