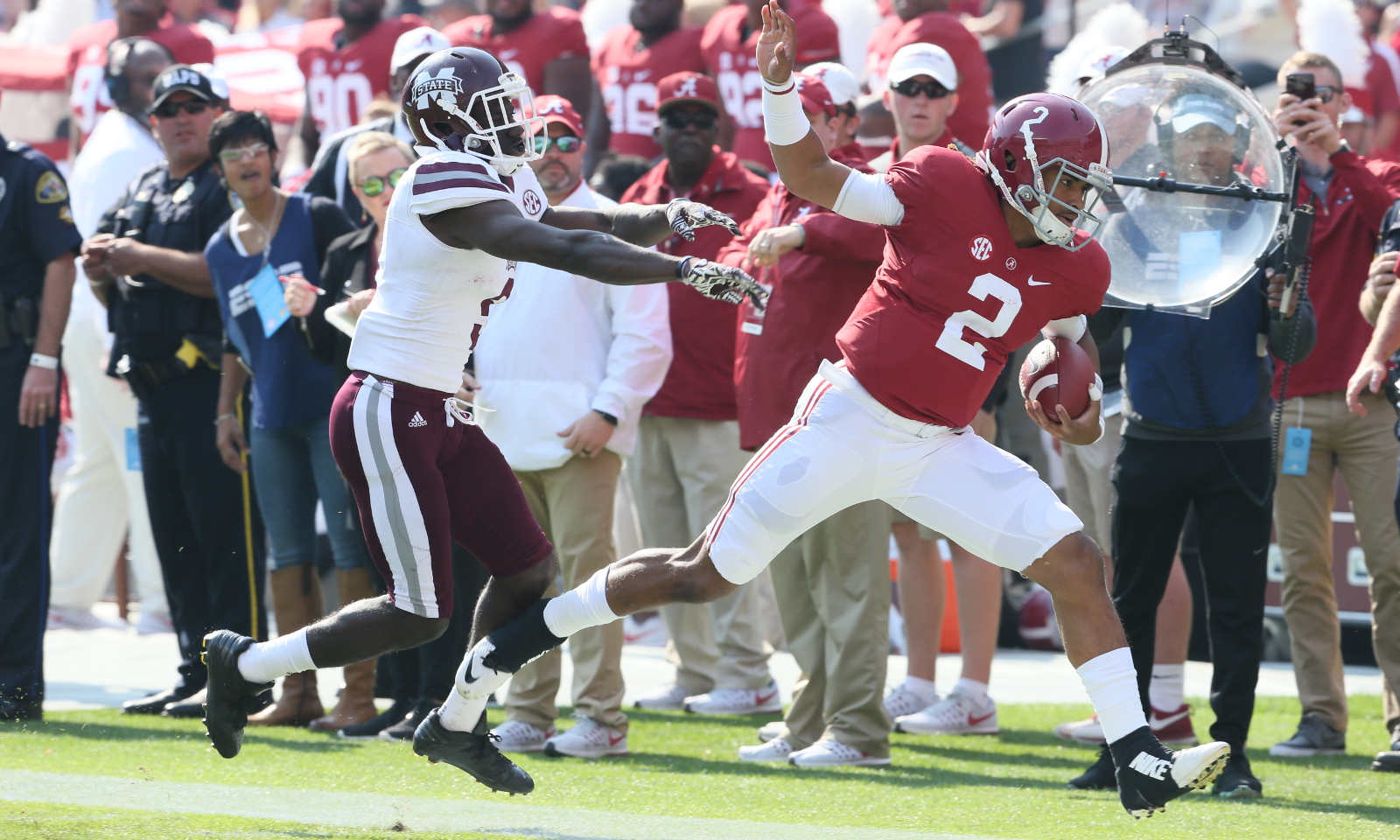 TUSCALOOSA—After being held to 107 yards passing against Louisiana State University, Alabama’s Jalen Hurts returned with a masterful performance against Mississippi State and one that earned him co-offensive player of the week honors from the Southeastern Conference on Monday morning.

He showed unshakable confidence in his arm, hitting on 28 of 37 pass attempts for 347 yards and four touchdowns. Seven of Hurts’ 28 completions went for 20 yards or more, while 15 converted first downs. 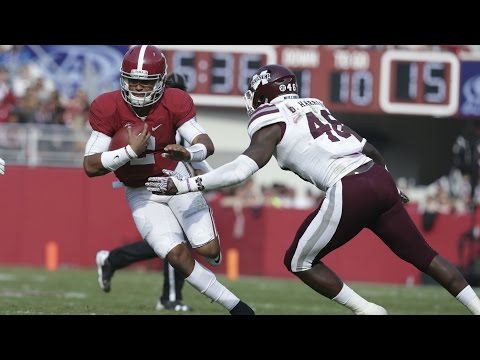 His 100 yards rushing (11 carries) against the Bulldogs, marks the fourth time this season that Hurts has eclipsed the century mark. The 6-foot-2, 209-pound signal caller became the first player in school history to pass for 300 yards and rush for 100 yards in a game. His five total scores tied a school record, joining him with ex-Tide standouts Blake Sims, Shaun Alexander, Santonio Beard and Gary Hollingsworth for most in a game.

His 735 rushing yards move him behind former Alabama quarterback Steadman Shealy (1979, 791 yards) for second in school history. Hurts needs 57 more yards to own the record. Coach Nick Saban put a lot of emphasis on the passing game last week, and Hurts responded by completing 75.6 percent of his throws.

He felt comfortable targeting wide receivers in stride, which led to the Tide amassing 615 yards offensively and handling Mississippi State 51-3 at Bryant-Denny Stadium.