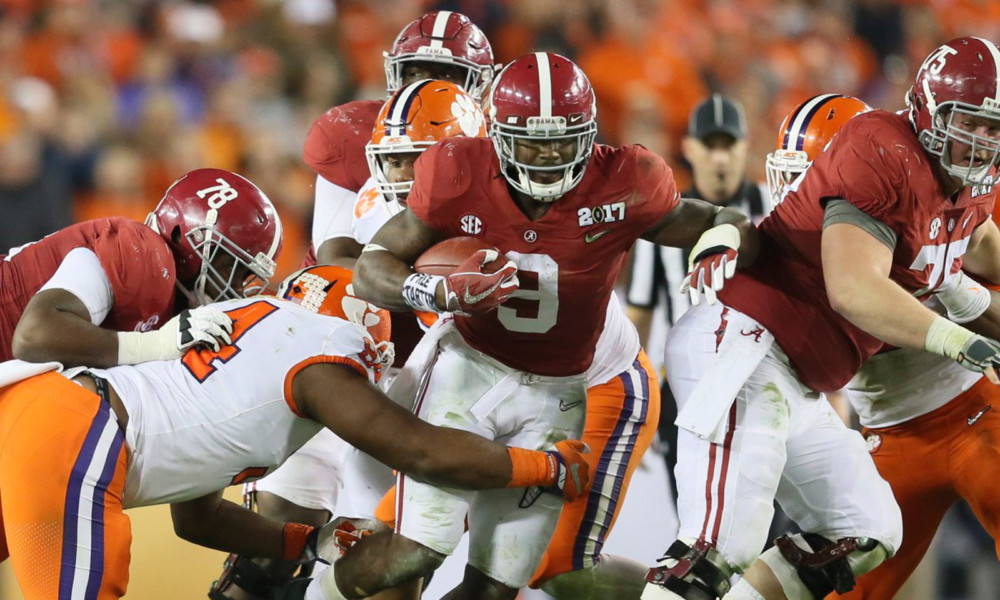 A collective sigh of relief for Tide fans everywhere.

Alabama running back Bo Scarbrough was set for a third 100-yard game against Clemson on Monday. After recording 93 yards rushing and two touchdowns on 16 carries, the 228-pounder did not return to action in the second half. Scarbrough would sustain a lower right leg injury and despite appearing to be fine outside the medical tent and locker room, he held his helmet in his hand on the sideline. Following a tough 35-31 loss to the Tigers, head coach Nick Saban released a statement regarding the health of the Tuscaloosa native.

“Bo Scarbrough suffered a fracture to his right lower leg during the game,” Saban said. “The injury is non-surgical and we anticipate he will make a full recovery.”

The 6-foot-2 specimen was crucial for the Tide late in the year, as he finished with 812 yards rushing and 11 touchdowns on 125 carries. He will return to Alabama next season.