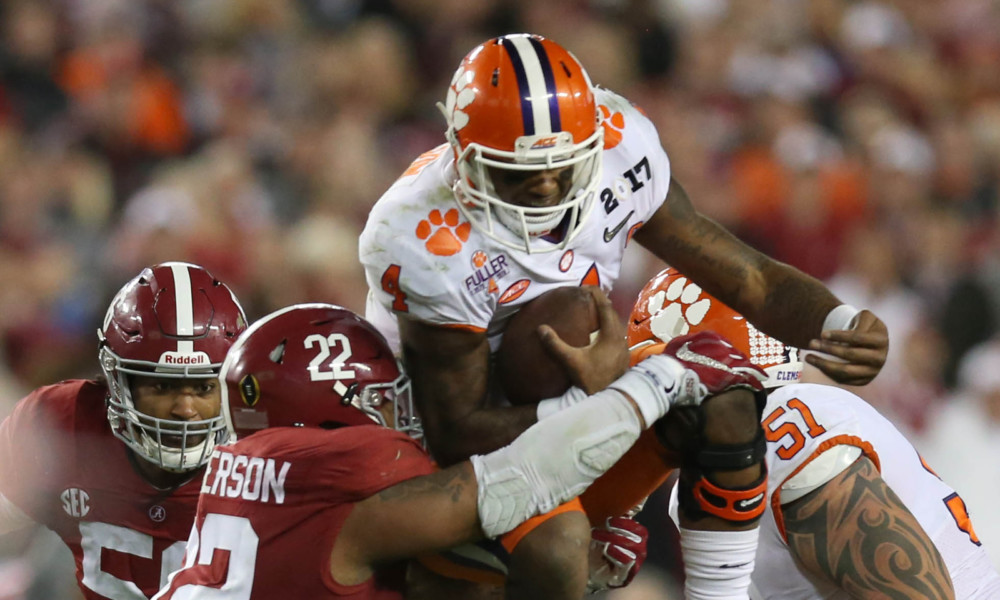 Time will restore the hearts of Alabama fans after a rough ending to Monday’s national championship game; however, we must give the student-athletes their roses while they still roam the campus.

Four defensive standouts—Jonathan Allen, Reuben Foster, Ryan Anderson and Tim Williams—ended their tenures earning both career and single season milestones as Crimson Tide players. While the trio of Allen, Foster and Williams arrived in 2013, Anderson enrolled at the Capstone a year prior.

Foster’s 12 tackles against Clemson, moved him to 115 on the season. The Auburn, Ala., native is tied with Saleem Rasheed (2001) for eighth all-time on the school’s single-season list. His career ends with 222 tackles.

Anderson, who’s from Daphne, Ala., recovered two fumbles versus the Tigers.

He moves to seventh all-time in Tide history for a single-season. Along with his fumble recoveries, Anderson’s 19.5 career sacks moves him into ninth place all-time for a single-season. Allen, Foster and Williams are all projected to be taken in the first round of this year’s NFL Draft. As for Anderson, his stock is rising also.