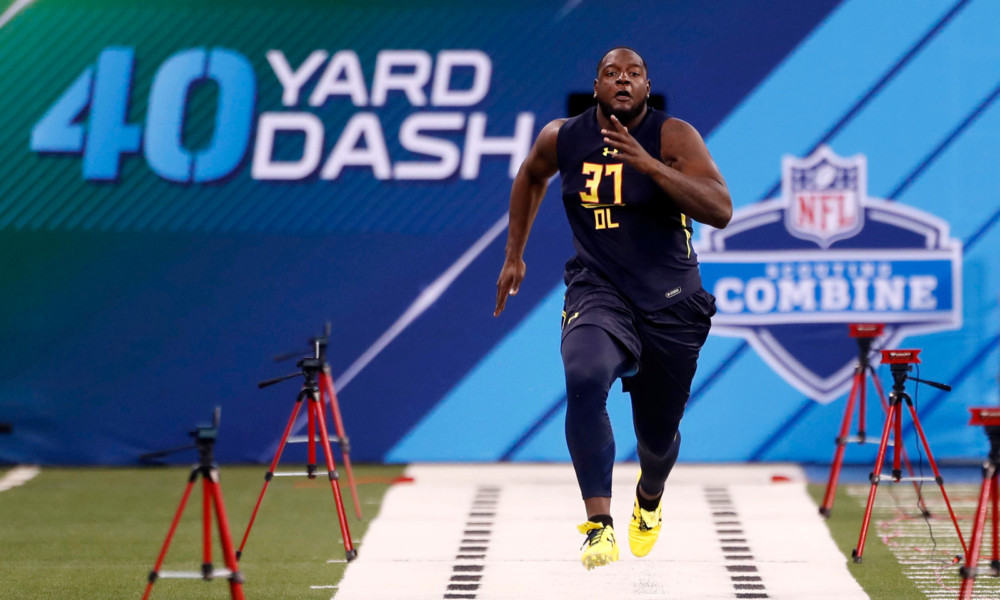 He gained 12 pounds before entering the NFL Combine, but tell that to his feet.

Cam Robinson was out to prove that he has speed to add with his blocking prowess. The 6-foot-6, 322-pounder looked smooth running the 40-yard dash, clocking in unofficially at both 5.15 and 5.16 seconds.

Both times positioned him in the top 10 of his group (T-9th), while his 10-yard split of 1.78 seconds tied him for fourth. Robinson’s numbers look better than his predecessor, ex-Alabama standout Cyrus Kouandjio from the 2014 event. Kouandjio, who was a road grader and good pass protector for the Crimson Tide (2011-13), ran a 5.59 in the 40-yard dash with a 10-yard split of 1.93 seconds. Robinson’s broad jump, which was 8’10”, was ten inches better than Kouandjio’s (8’0″) and tied the Louisiana native for eighth. His 26″ vertical was the lone area that placed him outside the top 10; nevertheless, he projects to be taken in the first round of the NFL Draft.