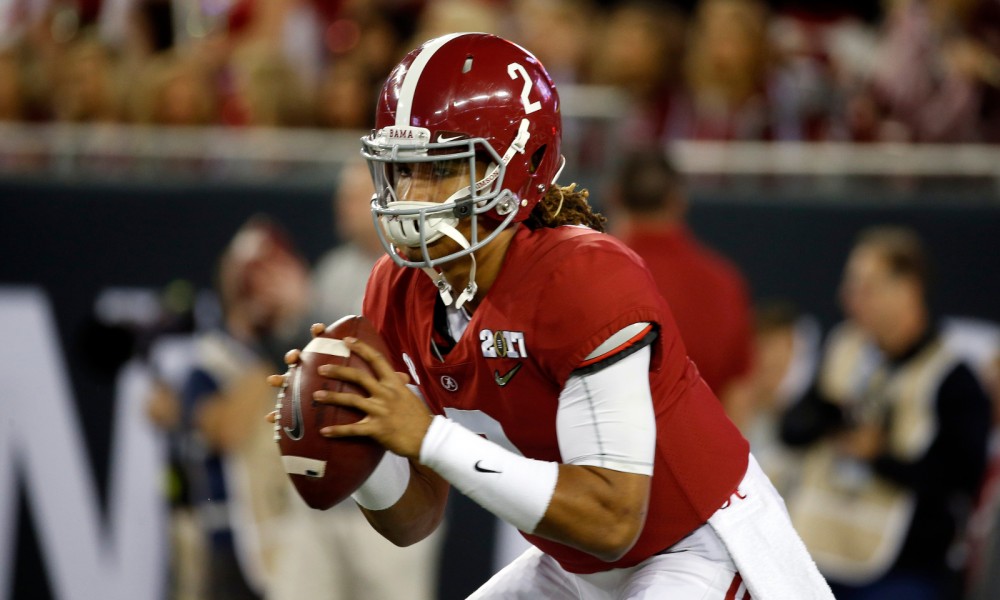 With comedian Jermaine “FunnyMaine” Johnson hosting the event, the 2017 Crimson Choice Award presented by the Alabama Athletic’s Department and Student-Athlete Advisory Committee (SAAC) on Tuesday was a success.

Running back Bo Scarbrough was awarded Comeback Athlete of the Year, after he totaled 812 yards rushing and 11 touchdowns on 125 carries. Injuries limited him during the start of the season, but Scarbrough rebounded down the stretch against quality defenses. He would record 100-yard outings against Tennessee and Washington, while accounting for 93 yards and two scores versus Clemson in the CFP national title game.

He finished the 2016 season with 69 tackles, including 16 for loss and 10.5 sacks. Allen had two touchdowns on fumble returns, and ended his career with 28.5 sacks – second in school history behind Derrick Thomas.

Sophomore quarterback Jalen Hurts earned Rookie of the Year honors. Hailing from Channelview, Texas, he won the SEC’s Freshman of the Year and Offensive Player of the Year honors. The 6-foot-2, 214-pounder registered 2,780 passing yards, 954 rushing yards and a school-record 36 touchdowns a season ago.