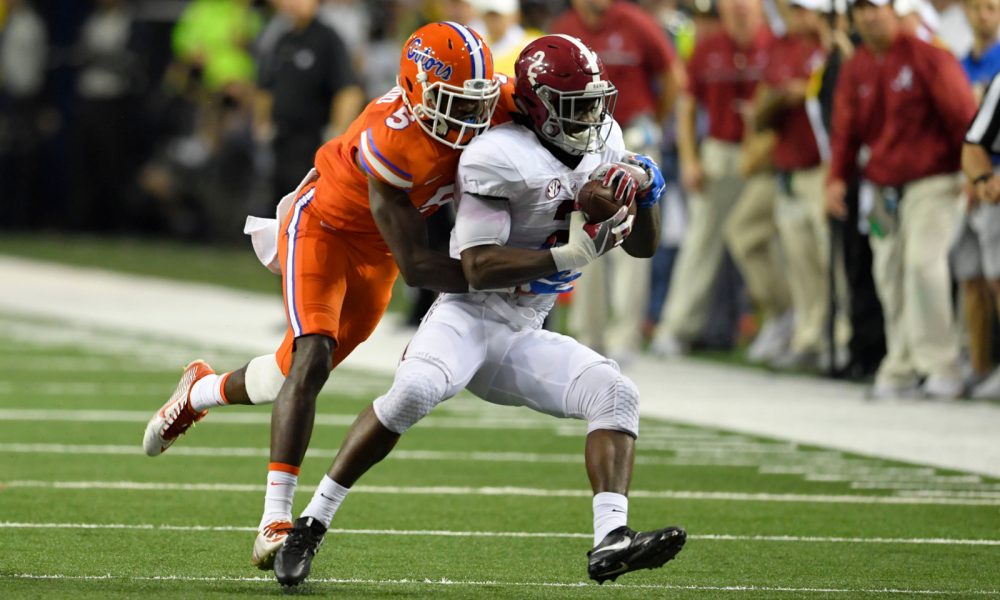 TUSCALOOSA, Ala.– Before inflicting pain upon opponents for the last time in college football, Alabama defensive back Tony Brown is making a lasting statement on the track field.

The senior cornerback and native Texan will advance to the NCAA Championship finals in the men’s 100-meter dash, after posting a time of 10.39 seconds during Friday’s meet. Brown has juggled both football and track since high school, to the tune of earning a Texas Class 4A state championship in the 110-meter hurdles (13.40 seconds) during his senior year in 2013.

Tony Brown advances to the NCAA Championships in the M 100m in a time of 10.39. #RollTide

Listed at 6-feet and 198 pounds, the speedster claimed first team All-American honors in both 2015 and 2016 – following his performances in the outdoor 4×100 relay and 110-meter hurdles. Next season, Brown returns to a Crimson Tide secondary that intends to build off two success campaigns with Mel Tucker (2015) and now Derrick Ansley as the position coach. He totaled 32 tackles through 11 games in 2016, including 2.5 for loss and two interceptions as a junior.