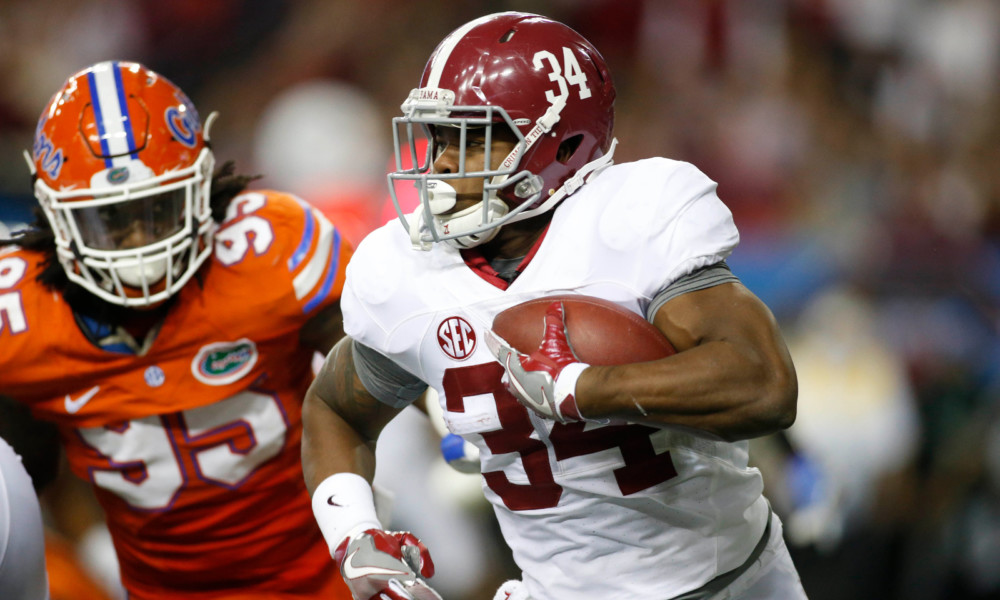 Damien Harris didn’t get the preseason hype he deserved and after this first game he has once again proven himself to be the deserved #1 running back.

Last week we published an article “DAMIEN HARRIS OR BO SCARBROUGH, WHO WILL BE THE TOP RUSHER FOR ALABAMA?” It was said in that article that it was unfair that Bo Scarbrough was getting all the early press as Alabama’s number one rushing threat and that it should be Harris getting the attention. In that article the question was posed as to who would be the leading rusher in the game against the Noles. Our article said Harris is the number one rusher by stats and facts and that we expected to be the leading rusher in this game against the Noles.

Harris not only out gained Scarbrough last season in total yards, but led all rushers by a lot in yards per carry. Damien Harris’ 7.10 yard per carry last season was just insane. Many thought nothing like that would be possible against a quality defense like Florida State fields. We thought it could happen.

Apparently, most of our readers agreed as the poll results show from that article.

Who Will Be The Leading Rusher In The Ala/ FSU Game:

Well the totals for that game are in and they are:

What these stats lead many to wonder is….. Why wasn’t Harris fed the ball more often? Harris almost doubled Scarbrough’s totals with only 60% of the total number of carries. What’s also clear from these numbers is that when Josh Jacobs returns from his hamstring pull, he’s clearly ahead of the freshman Najee Harris from what we saw from him tonight.

Alabama would have had a hundred yard rusher tonight if he had been the featured back all night long. As it was, it was run by committee and 173 yards of rushing against a great defense is a good outing. The other thing to note is that no one in that running back group left the game with any injuries received in that game.

Overall though, the offense proved not to be the Juggernaut that many predicted it would be. A combination of first game jitters and a stout Florida State defense were both good reasons, but Saban was clearly frustrated with the failure of the offense to do more than it did.

Still there is reason to be hopeful and Alabama can coast for a few games while working on oiling and refining that machine into a more prolific beast and at the end of that game, it was still better to be work in progress and a winner than a well oiled loser.