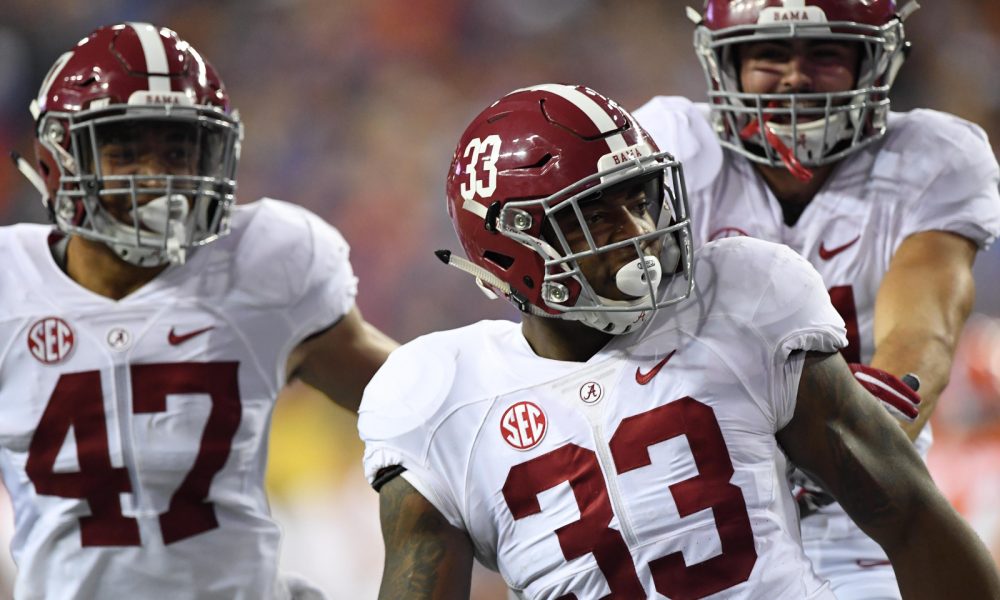 Alabama did not lose him for the season, but outside linebacker Anfernee Jennings did sustain a serious ankle injury in last week’s victory over Florida State.

He was not in practice on Monday due to having surgery; nonetheless, the sophomore shared some positive news today via social media.

Thanking God for a successful surgery. Road to recovery starts now. Be back in no time.💯

Jennings, a four-star recruit from Dadeville, Ala., was projected to have a strong year – especially after recording 19 tackles, two tackles for loss and three quarterback hurries to conclude his redshirt freshman season.

With the Crimson Tide losing Christian Miller and Terrell Lewis, head coach Nick Saban will turn to players like Jamey Mosley, LaBryan Ray, VanDarius Cowan and Christopher Allen. Redshirt freshman Ben Davis is in the mix as well, despite him working on scout team for now.