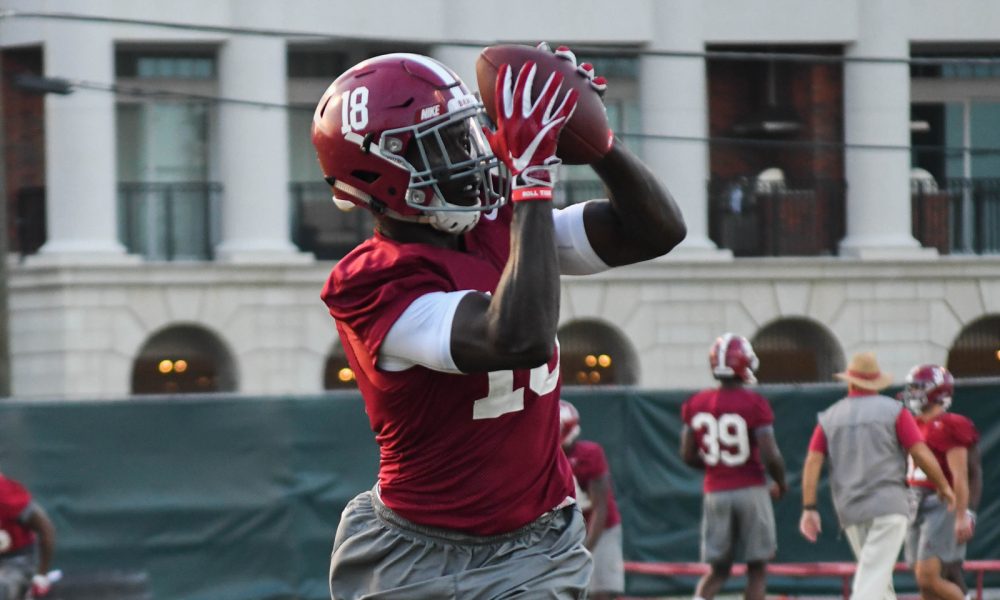 He’s gone from pointing at the Coke bottle, to betting his practice sheet and schemes for games in front of media pundits. This can only mean one thing: Alabama head coach Nick Saban has something up his sleeve for this year’s Iron Bowl and wants no one to speak of it.

Since returning from injury, linebackers Christian Miller, Terrell Lewis and Mack Wilson have all hinted on social media with videos and different posts on how their return to action is soon for the Crimson Tide. Upon seeing all three at practice on Wednesday, Tide fans shouted in approval as all believe the trio may play on Saturday.

However, the frustration continues to rest on Bama Nation with Saban making it known once again on not promising field time to any of the three.

During his presser, he said it boils down to a decision from the medical staff and then, how effective can each player be in the matchup. In the midst of a troublesome guessing game, the Alabama coaching staff is pleased with how all injured personnel remains a help to others.

No matter who starts or plays, Saban said everyone knows what’s at stake.

“All those guys have done a really good job,” he said.

The coaching staff may have listed him at day-to-day, but Fitzpatrick (hamstring) told the press earlier in the week that he feels 100 percent.

Saban mentioned the junior safety practicing and it being a game-time decision for placekicker Andy Pappanastos, who missed last week’s game because of a slight hamstring.

As for Ross Pierschbacher (ankle), it is another case of maybe he plays and maybe he does not. He was seen at practice like the others; nevertheless, the starting left guard stood behind to watch his backup (J.C. Hassenauer) take reps with the first-team unit.

While the Alabama-Auburn rivalry has been the launching pad for Southeastern Conference championships and national title game appearances in recent seasons, this week’s meeting will be the second since 2013 to have a winner-take-all feel for the SEC West and chance at the College Football Playoff.